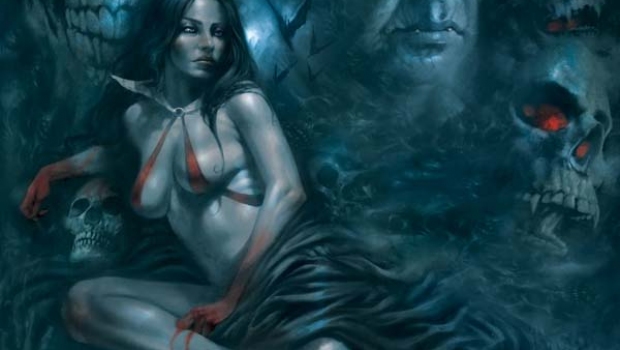 Dynamite Entertainment has provided C4S with a preview to Vampirella #32 in stores August 21, 2013.

Vampirella finds terror in the heart of Cote de Soleil, an island nation with dark Voudon secrets… and that’s not all! A classic Vampi adversary may be hiding in the shadows, and waiting for the perfect moment to strike!