C4S with a preview to Preview: Vampirella #34 – Comics for Sinners
Previews 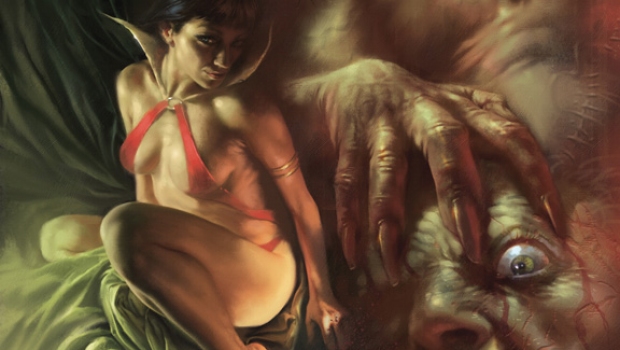 Dynamite Entertainment has provided C4S with a preview to Vampirella #34 in stores September 18, 2013.

Having glimpsed a possible future, Vampirella makes a major choice for herself: she’s going to become the Patron Saint of Monsters, and start by constructing a place of refuge for the weird and fearful. The road to Hell is paved with good intentions…