C4S with a preview to Preview: Vampirella #36 – Comics for Sinners
Previews 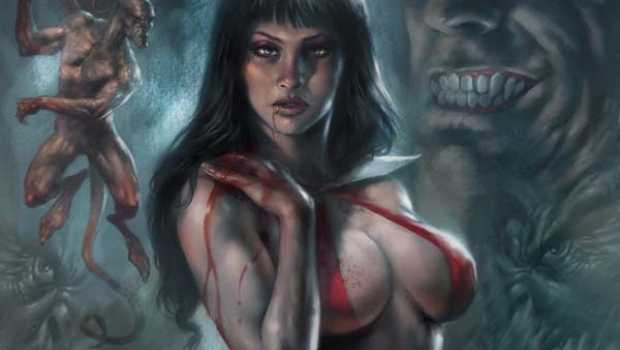 Dynamite Entertainment has provided C4S with a preview to Vampirella #39 in stores November 6, 2013.

Vampirella’s new leadership role in the monster world has been as much a catalyst for division as it has for unity. Even with her recent victories, there are some who believe she’s heading down the wrong path…and Adam Van Helsing has decided that it’s time to let her know. Honesty is the key to a healthy relationship, right?