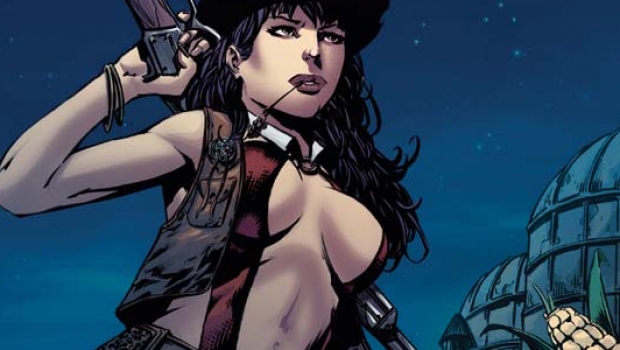 Dynamite Entertainment has provided C4S with a preview to Vampirella: Southern Gothic #1, in stores August 14, 2013.

from the 2013 Eisner nominated writer of Cow Boy! FIRST ISSUE! She’s fought vampires, aliens, magicians and monsters…but can she survive MISSISSIPPI!? While aching from a glowing wound made by a demon’s blue blade, Vampi heads to the Deep South to unravel a mystical mystery tied up in an old flame, religion, and lots and lots and lots of blood.