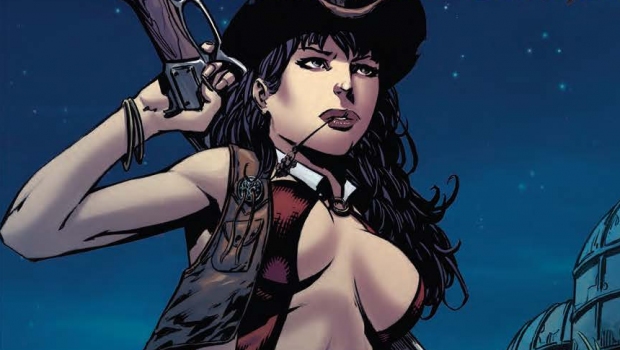 Vampirella, the beautiful and bloodthirsty heroine, travels to Mississippi to help an old flame solve the mystery of his murdered fiancee… a woman who appears to have died thirty-seven times before. Burdened by a mystical wound that will not heal, can Vampi hack through racist demons, evade corrupt lawmen, and solve this strange Southern mystery… or will the man she once loved sacrifice his soul to get the answers instead?

“An enjoyable new look and a different setting!”
– Blood Disgusting
“Luis keeps the visuals interesting!”
– Newsarama
“Offers a worthwhile read on its own merits.”
– Unleash the Fanboy