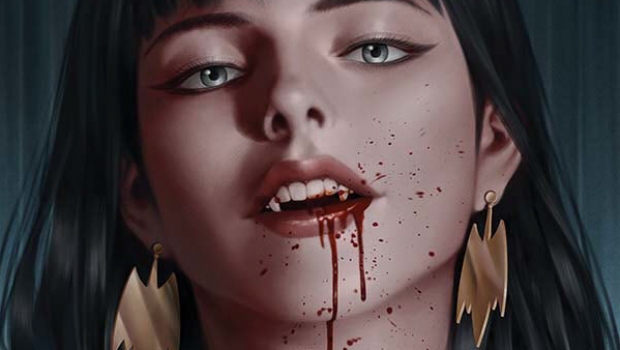 Dynamite Entertainment has provided C4S with a preview to Vampirella: The Dark Powers #4, coming to stores (pre-order via brick store for support!!) on March 17, 2021.

Vampirella has finally earned the trust of an interdimensional superhero collective and been assigned an Earth to protect. But when her superhero mentor goes missing, can Vampi rely on her training to defeat a worldwide threat, or will the evil be too much for one hero to handle?