C4S with a preview to Preview: Vampirella Vol. 2 #11 - Comics for Sinners
Previews 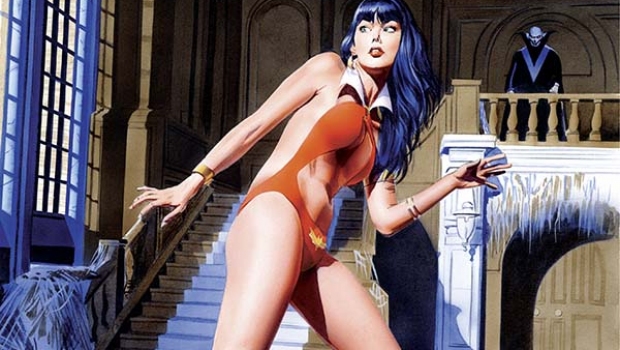 The identity of the third conspirator behind Dr. Faustus’ insane plot to free The Accursed from their immortality by destroying the world is finally revealed–and proves to have a shocking connection to Vampirella.
Also, a figure from Vampirella’s past–a character dating back to her earliest Warren magazine appearances–makes a dramatic return–with a vengeance.

Discover the surprising truth about Vampirella’s origin that even she doesn’t know in the final chapter of The Accursed story arc: “The Farmer’s Daughters”.