C4S with a preview to Preview: Vampirella Vol. 3 #1 - Comics for Sinners
Previews 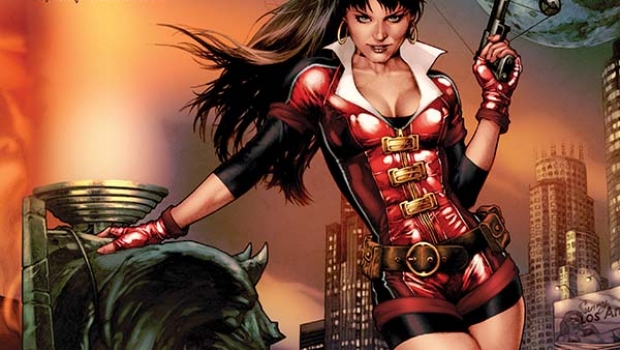 Dynamite Entertainment has provided C4S with a preview to Vampirella Vol. 3 #1, coming to stores March 2, 2016.

Vampirella takes Hollywood in this new adventure of the classic demon-hunting, monster-slaying, thrill-seeking vampire queen. When her stately manor is attacked, she begins to unravel a plot as old as the silver screen, discovering what monsters really lurk in the shadows of the City of Angels.

Writer Kate Leth (Adventure Time, Edward Scissorhands, Hellcat) says, “Can Vampirella be both a cult icon on the rise and take down an empire of ghouls and ghosts? Signs point to: Hell, yes!”