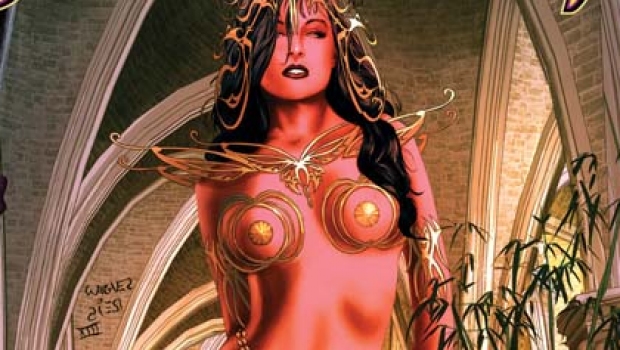 Dynamite Entertainment has provided C4S with a preview to Warlord Of Mars: Dejah Thoris #28, in stores August 7, 2013.

The Machine Men march on Helium, and the Red nations position themselves for war! Meanwhile, Dejah discovers that someone from her past has been conscripted into service by the Machine Men… and intends to settle a score with the Princess of Helium!