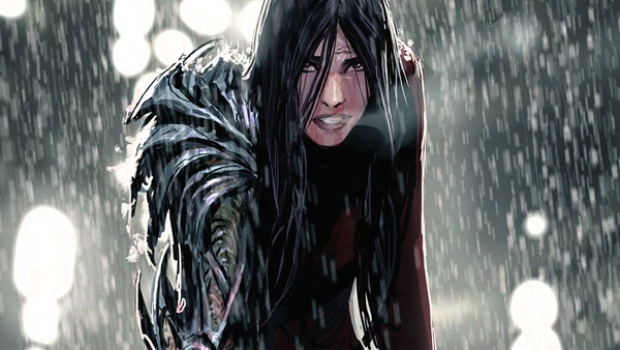 In stores next week Top Cow will show Witchblade 183 which is part 2 of the final story “arc” that ends with 184. Issue 185 is a double sized standalone and will be the final issue of the ongoing Witchblade series (coincides with the 20th anniversary of the character as well). We’ve intentionally designed 185 to be a book that any reader of Witchblade past/present can jump in and get the final story of Sara Pezzini.

Revelations abound as Sara Pezzini confronts her mysterious assailants, learning not only their true nature, but also the shocking truth of the power they serve. Have Sara and the Witchblade merely been pawns all this time? And will the fallout push her back to New York City, the one place she swore she’d never return?