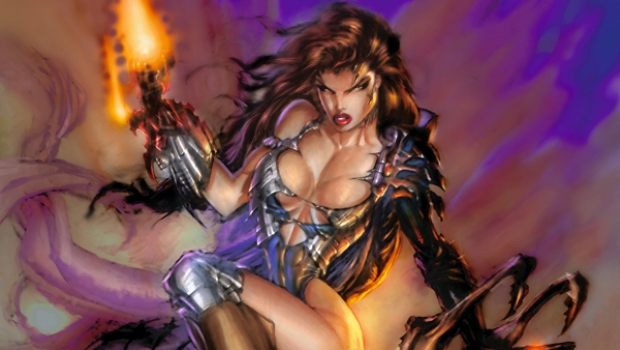 SERIES FINALE! An era comes to a close with the double-sized final issue of Sara Pezzini’s twenty-year run. Several previous Witchblade artists return to the title to send her off in style. The story resolves Sara’s return to New York and her relationship with Gleason and her attempt to find a suitable bearer to give the Artifact to.