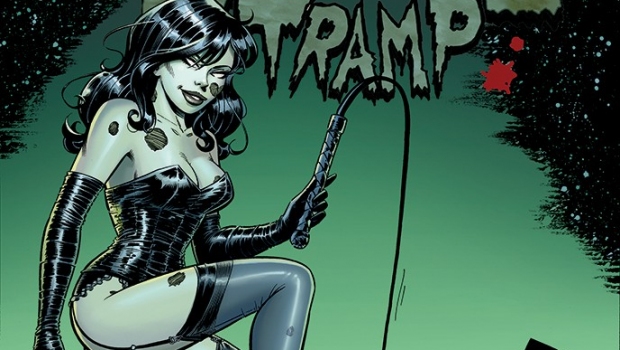 Zombie Tramp creator Dan Mendoza returns once again to write and draw a special full issue about the evil little undead adversary, MORNING – the red head of the dead! Dispatched to limbo by Zombie Tramp, Morning is now yanked back to the land of the living and none to happy about it!
Features a variant and risqué variant cover by series creator Dan Mendoza, regular artist TMChu, and Andrew Pepoy (Afterlife With Archie).