C4S with a preview to Previews: Barbarella #8 & Charlie’s Angels #2 - Comics for Sinners
Previews 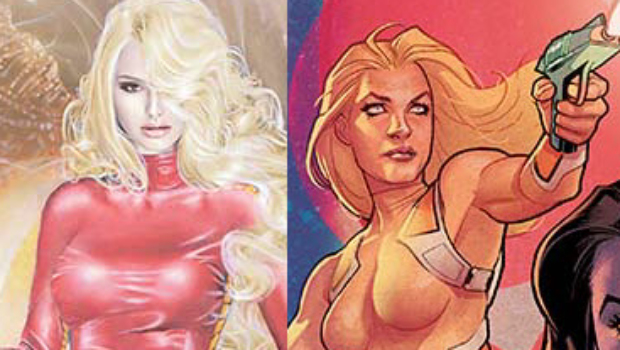 Dynamite Entertainment has provided C4S with a preview to Barbarella #8 & Charlie’s Angels #2 , coming to stores July 25, 2018.

Barbarella has a corporate target on her back, and only the arrival of an old friend can save her bacon. But the mistress of the spaceways whose heart belongs to no one is out of the frying pan and into the fire—literally! For her latest adventure has her headed for the heart of the sun!

When it comes to secrets and spies, who can you trust? No, seriously. We’re asking you. The Angels need to know. They are after a KGB agent in possession of American nuclear information and things are not what they seem. It looks like they will have to use their brains and karate action to get themselves out of this one!