C4S with a preview to the f..." /> Previews: Damsels TP – Comics for Sinners
Previews 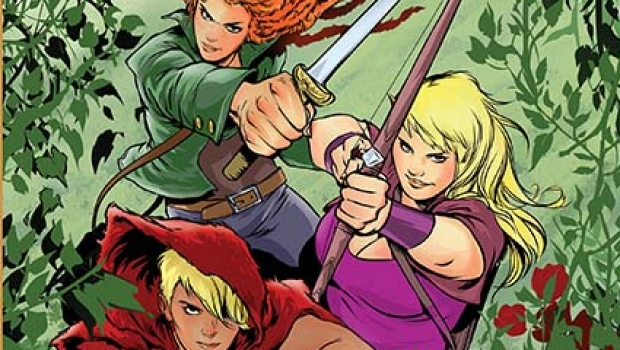 Dynamite Entertainment has provided C4S with a preview to the fantasy-crossover Damsels TP, coming to stores April 4, 2017.

Once upon a time, the princesses of classic fairy tales banded together to save their kingdoms from war! Rapa, a redheaded girl with a fiery spirit and lost memories, discovers a conspiracy that threatens the peace among all the mythical creatures of the land. Joined by the Little Mermaid, the Frog Prince, and Red Riding Hood, Rapa journeys through fabled forests and legendary realms on a quest to foil the scheme! Who has stolen the identities of beloved heroines Rapunzel, Belle, and Talia, and plots to destroy all the Faerie races?