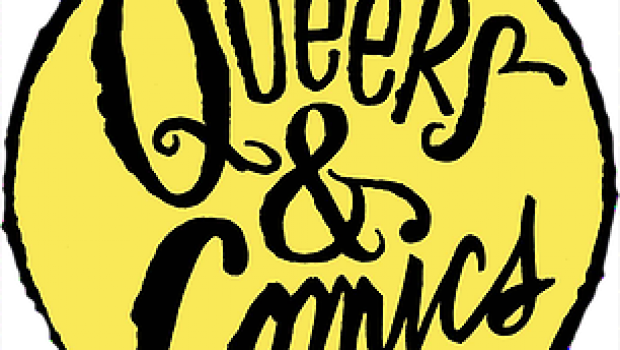 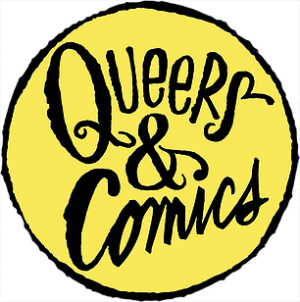 Queers & Comics features two days of discussion panels, workshops, readings, and comics galore, along with a multitude of off-site events. This year we will spotlight international and emerging LGBTQ cartoonists, the role of the San Francisco Bay Area, and the future of queer comics.

Queers & Comics is the first-ever university-based LGBTQ comics conference. Queer comics offer readers a unique visual literature that reflects and critiques queer culture. The Queers & Comics Conference brings US and international LGBTQ cartoonists, comics writers, and artists together with scholars and fans in order to document the history and significance of queer comics.

The conference format allows participants an opportunity to document the history and significance of LGBTQ comics, discuss the craft of cartooning, and promote queer creators in the comics industry in an intellectual and education capacity, and provides queer cartoonists a unique environment to learn from each other and to inspire exciting future work.

Where did it come from?
The first Queers & Comics Conference was created and organized by cartoonist Jennifer Camper – assisted greatly by andré carrington (CLAGS Board Member), the CLAGS staff, Prism Comics, and many volunteers.

The inaugural Queers & Comics Conference was presented on May 7-8, 2015 by CLAGS (Center for LGBTQ Studies) at The Graduate Center, CUNY, in New York City and hosted renowned keynotes Howard Cruse (Stuck Rubber Baby, Gay Comics) and Alison Bechdel (Dykes to Watch Out For, Fun Home). Over 100 US and international LGBTQ cartoonists, scholars, and publishers participated on 38 panels and workshops to discuss their craft, and to document the history and significance of Queer Comics. Over 400 attended the conference and over 300 attended the additional events.

Why do it again?

The profound success of the first Queers & Comics Conference demonstrates the need for future conferences. Presenting the conference in different geographic locations provides more cartoonists and scholars an opportunity to attend. The San Francisco Bay Area has a long cartooning history, active comics and scholarly communities, and a vibrant LGBTQ population.

California College of the Arts in San Francisco, CA, is thrilled to host the 2nd biennial Queers & Comics Conference in April 2017. 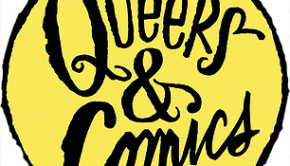