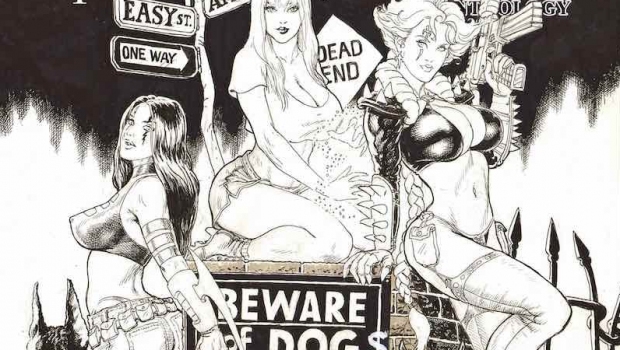 Stop by and check out the Kickstarter for Razor’s Edge Anthology #1, which is now live! Check out this awesome Budd cover, which is still being painted but check out the b&w cover version available to show off it’s awesomeness!

Check out the campaign now! https://www.kickstarter.com/…/razors-edge-anthology-1…

From the team: “The KS is a restart, not a reboot. We aren’t changing the past per se, just establishing where they are now and then going forward. So this book will be 4 short stories that show us what is currently up with Morbid Angel with a special appearance by Razor, then the other 3 stories are Lethal Strike, Poizon, and Tommi Gunn. The MA and Poizon stories lead directly into next year’s 2-issue series Razor: Afterlife.

Original Razor-creator Everette Hartsoe has been pursuing a Razor movie deal. In the meantime he has given Amryl/Basement the creative right for more stories in the comic book world. So Everette has nothing to do with our comics, but will be listed in all the “London Night” credits as the creator of all the London Night characters. We respect and honor his creations and fully want to acknowledge he created them and we aren’t throwing out their histories and rebooting, just picking it back up in the new normal.” 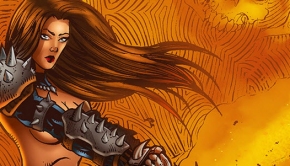 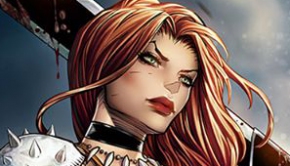