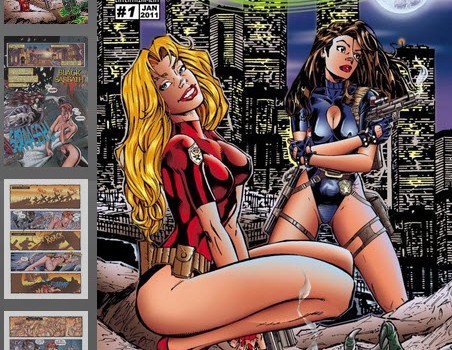 Red Giant Entertainment Inc., an innovative Intellectual Property company specializing in high-quality characters and content for use in a variety of media and entertainment, is happy to announce that the digital release of its comic book Exposure has debuted in comiXology’s Top Ten Free charts in the United States. Quickly rising up the charts, as of this writing the first issue is currently ranked at #4 on the digital comic book distribution platform’s Top Free charts.

“It’s a testament to the quality of our creative team that Exposure has been met with such a positive initial response,” stated Red Giant Entertainment CEO, Benny Powell. “It is critical that a comic be met with an initial appreciation and demand for it to catch on. Debuting in the Top Ten of comiXology’s highly competitive free comics chart is very encouraging.”

Exposure follows the supernatural adventures of Lisa, a psychic forensics expert, and Shawna, a former cop. They team up to fight ghosts, aliens, and other hidden threats the world doesn’t believe exist… and they look stunning while doing it!

The second issue of Exposure debuts Wednesday, May 22nd on comiXology for only 99 cents. Red Giant’s graphic novel Medusa’s Daughter is now available on the platform. Red Giant will continue to release free first issues of its popular titles on comiXology in order to expose new readers to its properties.

Red Giant Entertainment titles can be found under the Keenspot label in the Publishers section of the comiXology’s Comics app or online at http://www.comixology.com/keenspot/comics-publisher/78-0 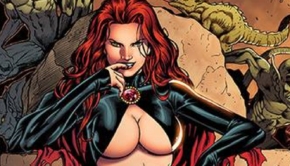