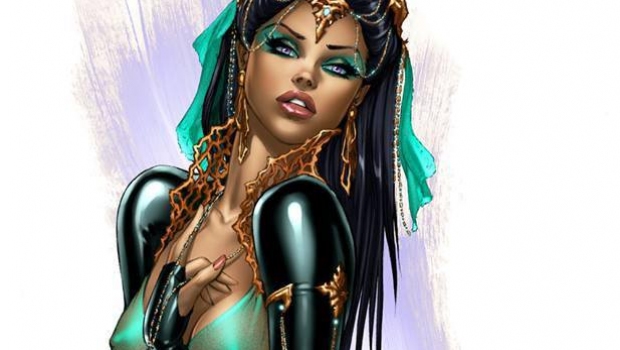 I killed 8 times for her. Just like they asked. And still they killed her. My best friend! Killed Becks because she wanted freedom. But they will pay for taking her from me. All their lives for her soul!

I can still save her. Still save her soul to live again. In rem8 she lives. In the fantasies of my customers we walk together.

Far into the future REM:8 weaves the story of Tae Rayne. The most sought after fantasy weaver in the world. Slave to an Asian syndicate. For a fee, a very large fee, Tae and the dream weavers have the power to provide you your wildest fantasy. Your dreams come true. Literally! In REM:8

Brought to you by Rothic.com and Bluerainbow Online with the talents of writer JP Roth, penciler Dawn McTeigue, and color artists Nei Ruffino and Sabine Rich, REM:8 will feature amazing covers by Eric ‘E.Bas’ Basaldua, Dawn McTeigue, and Mike DeBalfo to name a few. Look for The REM:8 prologue debut at the 2013 New York Comic Con. You will be able to order REM:8 from Rothic.com and Bluerainbow.com and look for REM:8 and REM:8 limited edition exclusives and merchandise at many upcoming major comic conventions.