Return To Fablewood With The Launch Of The ‘Fairy Quest: Outcasts’ Kickstarter – Comics for Sinners
News 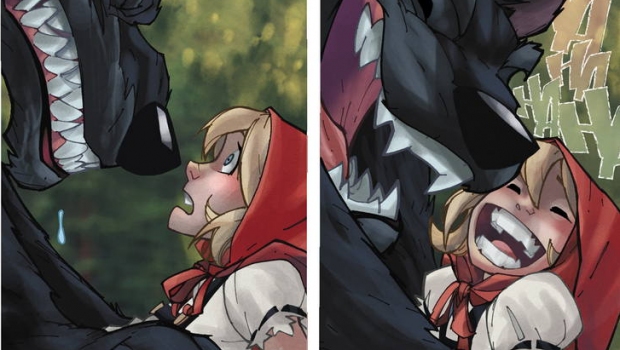 The first Kickstarter campaign was one of the first instances where two high-profile, veteran creators went to fund a series that couldn’t exist any other way. The initial campaign was a huge success with over $95,000 raised for the passion project. The second six-week campaign is seeking to raise $60,000 to cover the costs of creative, printing, manufacturing of the rewards, and shipping. As with the first project, backers will have access to a number of exclusive items available only through Kickstarter. After the success of the first Kickstarter, BOOM! Studios proudly serialized the first chapter across two single issues and a soft cover edition for wider distribution.

“Humberto and I are are so immensely proud to return to Kickstarter with the second part of FAIRY QUEST,” said Jenkins. “We were amazed by the reaction to the book during the first campaign, and we’re excited to bring more of our Fablewood world to life. In this endeavor, the fans who back us truly are our publishers, and we’re incredibly grateful that they’ve shown how much they love the series. We could not do this without them! Much thanks also to our fellow pros who supported us when we launched the first time—it demonstrates that the comics industry can be one big family!”

FAIRY QUEST is set in the world of Fablewood, where all of the stories that have ever been told live side-by-side, separated only by genre borders. At the very center of this amazing world, the Children’s stories are forced to tell their tales exactly as written, or risk having their minds wiped in Mister Grimm’s dreaded Mind Eraser. Two outlaws—Red Riding Hood (Red) and the Wolf (Mister Woof)—seek to end this tyranny and escape to a place where they can remain as friends forever. When we last left Red and Woof, they were about to enter the Dark Forest to find the Map Maker who will show them how to escape to the safe haven of Realworld. What lies ahead for them in the Dark Forest?

The FAIRY QUEST VOL. 2 OUTCASTS Kickstarter campaign features a variety of rewards that will appeal to both fans of the first volume and those who are hearing about FAIRY QUEST for the first time. Aside from copies of an exclusive Kickstarter hardcover and other great collectible items, trips to C2E2 in Chicago and Comic-Con International in San Diego are up for grabs. 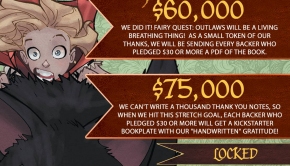