Review: Aliens vs. Zombies #1 (of 5) – Comics for Sinners
Reviews 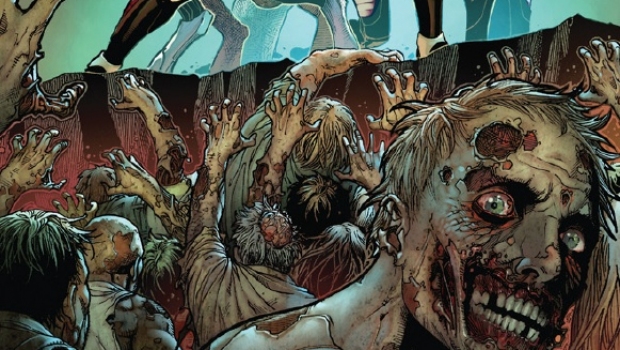 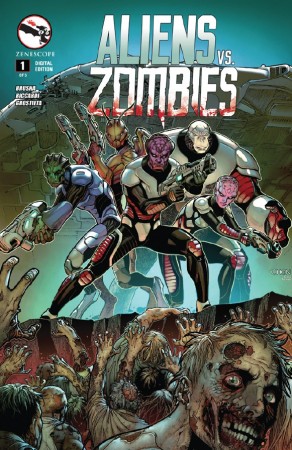 Night of the Living Dead. Escape of the Living Dead. Deadworld. The Walking Dead. iZombie. Marvel Zombies. Age of Ultron vs. Marvel Zombies. Jesus Hates Zombies. Zombies vs. Robots. Zombies vs. Cheerleaders. Fanboys vs. Zombies. Plants vs. Zombies. If there’s one thing contemporary comic book and horror fans can’t seem to get enough of, it’s shambling, flesh-eating corpses on a rampage. Some creators, like filmmaker George A. Romero—considered the father of the zombie-movie genre—and Robert Kirkman have used zombies for social commentary: Dawn of the Dead is a sly dig at consumerism (why do you think the zombies are all congregated at a mall?); The Walking Dead is a title that applies to both the ravenous corpses, and the dwindling bands of physically and psychologically damaged humans struggling to survive. Most creators, though, are just looking for good, old-fashioned mayhem and bloodshed.

Into this never-ending battle against the hordes of the damned flies Zenescope Entertainment’s Aliens vs. Zombies #1, the start of a five-issue miniseries written by Joe Brusha (Hollywood Zombie Apocalypse, Grimm Tales of Terror) and illustrated by Vincenzo Riccardi (Wonderland, Code Red). When the issue opens, a meteor has already crashed on Earth (in New Jersey, of all places), releasing a virus that swept the planet and unleashed hell. The story focuses on Philadelphia, Pennsylvania (a change of pace from most world-shaking events being set in either New York or Los Angeles), which is set to become the target of a U.S. nuclear strike—a decision made by the president as a means to start burning out the infection.

As a B-52 is dispatched to drop its deadly payload on the City of Brotherly Love, it just so happens that Philadelphia has become the destination for the crew of an alien starship, whose commanding officer is dedicated to wiping out the zombie virus, too—because it’s decimated other worlds before reaching Earth. But before the crew can put to use a device they carry that will reverse the infection, matters…get a little out of control, jeopardizing their mission.

In both story and art, Brusha and Riccardi keep the action moving, hitting the ground running with scenes of postapocalyptic Philly while providing some quick backstory on the spread of the virus, and then setting up the aliens’ involvement just before things go horribly wrong. It’s a good starting point, and it will be interesting to see if the human survivors consider these new arrivals as allies…or an even bigger threat. After all, if an alien virus just about wiped out humanity, and then an alien spaceship showed up, wouldn’t you be a little suspicious about ET’s endeavors to “save” us?

Bottom line? Considering comic and horror fans have yet to become tired of the zombie apocalypse scenario, this twist on the genre is appealing enough that both zombie and sci-fi fans may enjoy it. Give it a try. 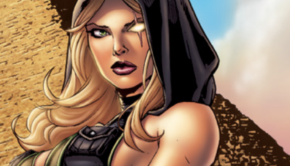