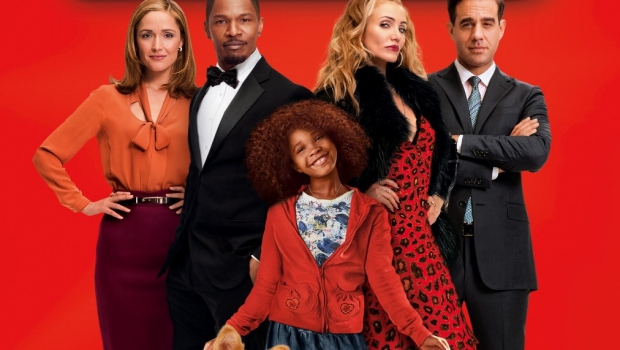 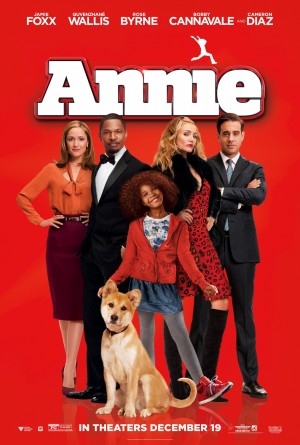 Reboot time and this time ANNIE is on the plate… and she swings and she hits and is it a homerun? Can she hit it out of the field?

Sadly not, since there is only ONE true red-haired Annie and only ONE time you could feel nostalgic.

Still, this movie makes for a good vibe, and some really nice play and songs!

Annie, a young, happy foster kid who’s also tough enough to make her way on the streets of New York in 2014. Originally left by her parents as a baby with the promise that they’d be back for her someday, it’s been a hard knock life ever since with her mean foster mom Miss Hannigan (Cameron Diaz). But everything’s about to change when the hard-nosed tycoon and New York mayoral candidate Will Stacks (Jamie Foxx) – advised by his brilliant VP, Grace (Rose Byrne) and his shrewd and scheming campaign advisor, Guy (Bobby Cannavale) – makes a thinly-veiled campaign move and takes her in. Stacks believes he’s her guardian angel, but Annie’s self-assured nature and bright, sun-will-come-out-tomorrow outlook on life just might mean it’s the other way around…. this is according to Sony of course.

It was actually a thrill to see Diaz as a mean drunk lady, which was funny to begin with. Foxx is over-the-top just by looking at him at times, but somehow Foxx always makes a movie happen. To have him act a germaphobe was a nice find, and then having that potato-spitting moment was just as painful as it was funny.

To have Wallis play a street-smart Annie (akin to the original) makes for a great updated, fresh family movie with a a multi-racial cast to support the story, with everything from actors to song choice and song rewrites, story line and surroundings… it all gives fans of the original a taste of the old, while presenting the timeless Rags to Riches story of Annie to a new generation.

Bottomline? This just is a fun family movie. Watch it with your young kids and perhaps it will not be as nostalgic as parents would like, but it sure makes for a good family-bonding afternoon!