I was a teenage Deadite! Review: Ash Vs The Army of Darkness #5 - Comics for Sinners
Reviews 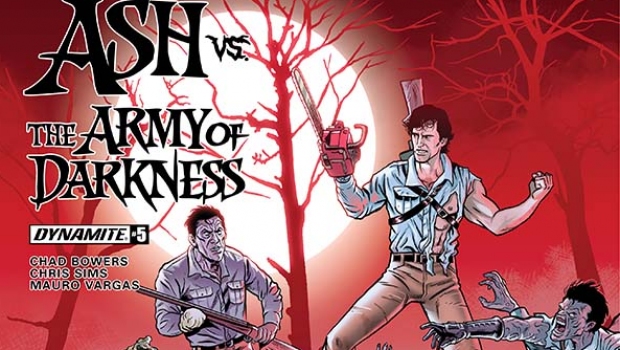 Review: Ash Vs The Army of Darkness #5

I was a teenage Deadite!

This issue opens with a bang as our hero is surrounded by Deadites. Ash is doing the only thing he knows to do with Deadites, chainsaw at full power, but Joanne doesn’t like that answer as those Deadites were former students of hers. She grabs our hero and drags him through the exit insisting that there must be another way. It’s a nonstop free for all as the school has now become contaminated with Deadites. Ash and Joanne argue about how to deal with this infestation, meanwhile a character we would never expect to wind up as an antagonist begins to gather the Deadites to his will. A great issue as the danger level increases.

Chris Simms and Chad Bowers pull out all the stops and raise the ante for our hero as insanity thrives all around him in this issue. This comic book makes the Class of Nuke ‘em High seem like a picnic. But there’s more to what’s behind this Deadite attack than meets the eye as Chris and Chad bring us a most unexpected turn. Can government agencies be trusted? Are all Deadites cut from the same cloth? It seems there’s more to the motivation behind our friendly neighborhood authorities than just containing a Deadite contamination. Incredibly fun. I love the direction this story is going in.

Mauro Vargas and Sam Lotfi Are having way too much fun. Their takes on the Deadites and Government officials are priceless. The highlight of this issue is watching the transformation of one of the G-men into a creature of the night. As always, the manic energy of the panels helps this story flow and the insane cartoony approach more than fits the goings on in Ash’s alma mater. It’s great stuff!

I had such a fun time reading this issue, it tops everything that’s gone on before. This story concludes in a way that no other Evil Dead story has ever concluded. I won’t give it away, but it seems that there is a way to have a convenient and well-timed ending in the Ash Williams universe, or is there? All may not be as smooth as it appears! Overall, Sam Raimi and Bruce Campbell fans will not be disappointed. ***1/2 (8.3 rating)

Ash Vs The Army of Darkness #5 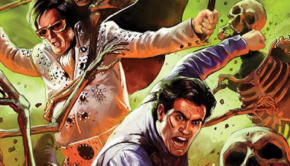