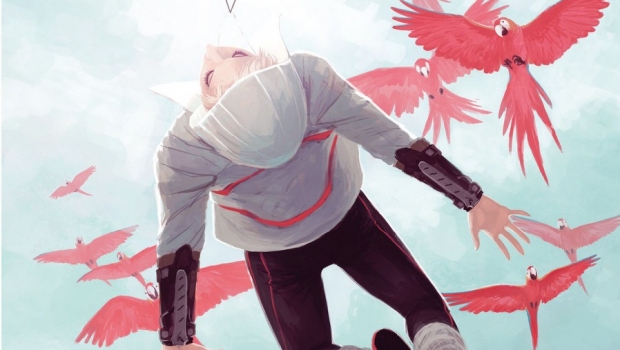 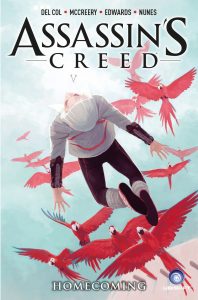 As Titan Comics says: The Brotherhood of the Assassins is in trouble. Their long feud with the Templar Order has depleted their resources and they are struggling to regain their footing in a world where the goalposts are constantly shifting. Could joining forces with a mysterious collective help, or are their aims too different to make an alliance an option?

Again Charlotte is put on a spot when her grandmother Florencia shows herself as being the one pulling the strings of the Brotherhood and even confronts Charlotte about contacting Consus, the mysterious organization that knows about Templars as well as the Brotherhood.

What transpires is a continuing rapid-fire of emotions and trips down memory-DNA-lane that leaves Charlotte shaking, unsure but in the end the writing team of Del Col and McCreery make sure Charlotte is the result of the proverbial “what does not kill you…” and that is a real merit, that makes sure Charlotte’s