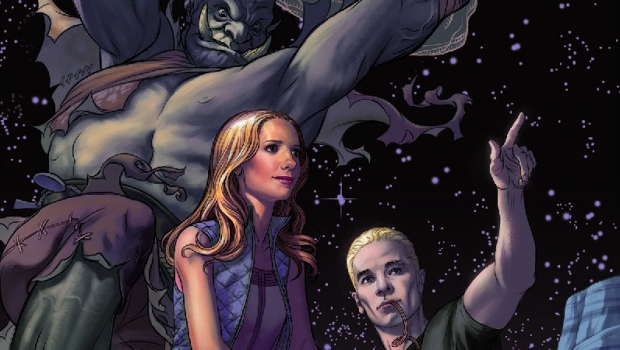 After a strong supernatural battle between our heroes and the enemy, the government has cracked down on supernatural investigators and our protagonists have been incarcerated in internment camps. To get her boyfriend more blood, Buffy has agreed to be a Trustee, but she has discovered that there’s something underhanded going on at the internment camp. It’s an issue of discovery and revenge as Buffy and her partners are facing strong odds in battle with these creatures.

Christos Gage is in fine form once again crafting a story that pits our protagonists against the U.S. Government and the creatures it breeds. Buffy must take on a gargantuan creature and is severely hurt by the end of the battle. She hides her injuries from Spike to make sure he doesn’t fly off the handle and destroy their advantage by causing more harm than good. He brings our heroes a situation which causes a fine line between success and failure in their current predicament. A great tension builder which may or may not work out in our protagonist’s favor.

Rebekah Isaacs always handles the Buffy-verse well. Her take on these iconic characters gets better with every issue. The battle between Buffy and the Ogre is a high point of this issue. We’re placed into the arena with these characters as they hash it out. Buffy, after being severely beaten, gains the upper hand and gets more pertinent information from her opponent after he has been compromised. I really enjoyed her take on the Ogre, especially when she showed his sensitive side.

A pivotal issue in the current story line brings our heroes’ toe to toe with the enemy and we learn more about the internment camp in the process. It is not everything it’s cracked up to be. They may have developed a way to take the magical abilities of our heroes. If this were to happen the results would be devastating. The end of this issue is surrounded in mystery as to the who and the why of what is happening at this camp, but it is clear to Buffy that they can’t stay there anymore, to be continued… 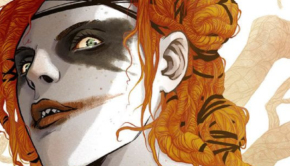