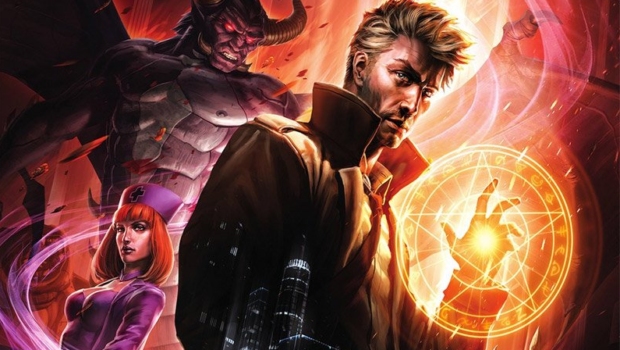 Alan Moore, creator of John Constantine, said he met his creation twice in real life. On the second occasion, Constantine purportedly told Moore, “I’ll tell you the ultimate secret of magic. Any cunt could do it.” The truth is, though, that no one else could do it like Constantine/Moore – at least not in comic book format. 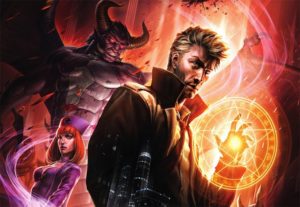 There used to be this comic book series called Hellblazer that first saw print in the late ’80s, and for decades, it was one of the most provocative, trendsetting comic books of its time. Its main character, John Constantine was as much con man as sorcerer – maybe more con man than sorcerer, actually, but that only made him more interesting. As far as anti-heroes go, Constantine had them all beat… Totally unredeemable, even when he tried to help, Constantine always ended getting people killed – friends, family members and strangers alike.

The book was twisted, violent, ofttimes disgusting, rarely uplifting, surprisingly hilarious and the best occult/supernatural story you could get in comics. Hellblazer was a match made in Hell between the goriest Stephen King novel and the most supernaturally steeped Jim Butcher Dresden Files novel – in comic book format. 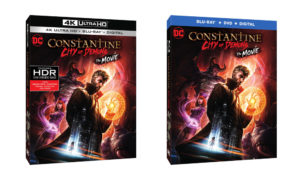 Then in 2013, in the wake of The New 52 reboot, DC decided to move Constantine from its Vertigo imprint to the DC superhero fold. That was the day John Constantine died. He didn’t go to Hell as he probably deserved. No! The First of the Fallen had better plans for him, something much more evil. Instead, Constantine was to become a generic superhero of the rebooted DC universe. Don’t get me wrong, I love the DC universe. Many of my favorite titles are printed by DC. However, Constantine had the perfect home in Vertigo, where his creators were free(er) to experiment and surprise us. Granted, by 2013 the original Hellblazer series was running out of steam. It was to be expected after nearly 300 issues. However, what followed once Constantine moved to DC was a number of series where the character became a mere shadow of himself. There was the new Constantine title, of course, and also Justice League Dark. They were not bad as such, especially the latter. They were not simply rehashing stuff we had already seen in the original series. They tried to take Constantine down paths he had not traveled yet, and it must have been hard to find original material given the previous 300 issues of the original Hellblazer series plus all the other special and limited series published over more than two decades. Let’s just say that the new Constantine and Justice League Dark series were the lite versions of what die-hard Constantine fans were used to. I enjoyed seeing Zatanna interact with Constantine, though. They’re not a match made in Heaven (or Hell for that matter), but the first Justice League Dark Annual made me fall in love with her character all over again. Despite all that, this was Constantine for a different crowd.

Then, a mere two years after The New 52 reboot, Constantine was relaunched once again as Constantine: The Hellblazer. All these changes add up to a jarring experience, and while this latest series hits a bit closer to the spirit of the original Hellblazer, it still isn’t the real thing for a lot of the old fans.

Then Matt Ryan happened. The Constantine television series lasted only one season between 2014 and 2015, but what a season it was. It had its low points like any first season of a series still trying to find its voice, but many agreed that Constantine lived again, thanks to Ryan. The series died quickly, but Constantine – and most importantly, Ryan’s interpretation of the character – lived on. Thanks in great part to Stephen Amell who purportedly lobbied hard to bring back Constantine, Ryan had a few guest appearances on Arrow where he made quite an impression, and then on Legends of Tomorrow. That kept Matt Ryan playing Constantine; ratings have been good for those episodes, and Ryan’s Constantine will now be part of the regular cast of Legends of Tomorrow this season. Ryan also voiced Constantine in the animated film Justice League Dark released in 2017. Which brings me to the latest web miniseries, Constantine: City of Demons that was released by The CW earlier this year.

The DVD release of the unfinished City of Demons web series, retitled Constantine: City of Demons – The Movie was launched October 9. If you did not have the chance of seeing the web series on The CW (like me, in Canada where The CW still will not stream), the DVD is a great way to catch up with the latest adventure of Ryan’s Constantine, or to see how it ends if you’ve already seen the five web episodes. And before you say “no” because it’s animated, let me tell you that this is still a better Constantine than most of what we’ve seen in the comic books since the original Hellblazer days.

When I first heard about the City of Demons web series, I thought it was going to be based on the limited comic book series of the same name by Si Spencer and Sean Murphy that was printed in trade paperback format in 2001. I remember enjoying that story, because it showed that even after over 20 years in print, Constantine could still capture my interest. That storyline seemed a likely prospect for a television adaptation. As it turns out, Constantine: City of Demons – The Movie is actually based on the All His Engines original graphic novel by Mike Carey and Leonardo Manco published in 2005, which is unarguably one of the best Constantine stories ever printed.

That storyline had already been adapted (sorta) in the short-live television series (episode 10, Quid Pro Co). The episode didn’t do it much justice despite the best efforts of the cast, and I was dubious of the capabilities of an animated version of doing any better. I didn’t think animation could fully catch the full maturity of this story. Although I enjoy animation when it comes to other genres like space opera, I am not a big fan of animated superhero fare, mostly because I feel that even the animated features produced for a more mature audience are still stuck in the Saturday morning cartoon frame of mind, both stylistically and in terms of storytelling. For example, as much as I enjoyed the animated adaptation of Frank Miller’s The Dark Knight Returns, it still did not live up to the original graphic novel. (I don’t think any media can, to be honest.) I didn’t think that animation could do any better for Constantine, especially for a storyline as raw as All His Engines.

Still, Constantine: City of Demons – The Movie is definitely not meant for kids (or Saturday mornings for that matter). However, the first scene where the itsy bitsy tiny homunculus swarm over Constantine felt like getting yanked back to my childhood spent in front of the TV screen on Saturday morning. I cursed myself then for spending on the 4K disk while I could simply have rented this movie on iTunes.

However, the movie gets better from there (not that there is anything wrong with the homunculus scene). Constantine obviously doesn’t make as impressive an entrance as he does in All His Engines, and I think that most of Constantine’s snark (which was brilliantly captured by Ryan in live action mode) is lost in animation. Still, thanks in great part to Ryan’s talent and obvious familiar comfort with the character, this John Constantine is fairly close to the way he should be pictured in animated or even live format. Overall, the adaptation does not fully capture the sheer gross awesomeness of the original story, but J. M. DeMateis did a great job adapting the source material. De Mateis is the co-creator of my all-time favorite Justice League incarnation (the bunch of misfits from 1987, including Guy Gardner, Blue Beetle, Booster Gold and a few other hapless superheroes). He has a unique talent for throwing in levity with superheroes that he could not apply in this story, but he managed to capture the essence of a gory Constantine story as much as the animated format could. The dark tones, the sets, the animation style and Ryan’s voice performance did the rest. The scene with the pool was almost as revolting as the graphic novel version, and it convinced me that this was not a Saturday morning cartoon. As is always the case in film and television, many liberties are taken with the source material. Those deviations do take something away from the story, but Constantine: City of Demons – The Movie still works, and it’s the best Constantine we’ve had in a while. And we have Matt Ryan to thank for it, for the most part. And DeMateis, of course.

The supporting characters are sketchy at times. I wish Chas had been developed at least a bit beyond the usual two-dimensional animated sidekick. This is disappointing to die-hard fans who know the character so well and who enjoy the intricacies of the relationship between Chas and Constantine. The demons are caricatural at worse, worthy of Saturday morning cartoons at best, but other characters do stand out, most notably, Nightmare Nurse, who makes a refreshing appearance here, and who looks even hotter in animated format than she does in the comics.

I confess that I stopped reading the latest rebooted Constantine comic book a while back. I did check out the new Justice League Dark this year and enjoyed Constantine’s limited appearance in its pages. Right now, whatever The CW has in store for Constantine on Legends of Tomorrow or in further animation forays starring Ryan are probably our best chance of catching a true Constantine performance. I’m glad that the DC Television Universe version of Constantine simply won’t die. Despite its few shortcomings, Constantine: City of Demons – The Movie is very well worth it (but don’t splurge on the 4K; Blu-ray is more than sufficient, or just rent it). If like me, you prefer a physical copy, then the Blu-ray is a good buy. It may be thin on extra features, but it’s still enough of an additional glimpse into the making of the DC Television Universe’s Constantine.

Constantine: City of Demons – The Movie