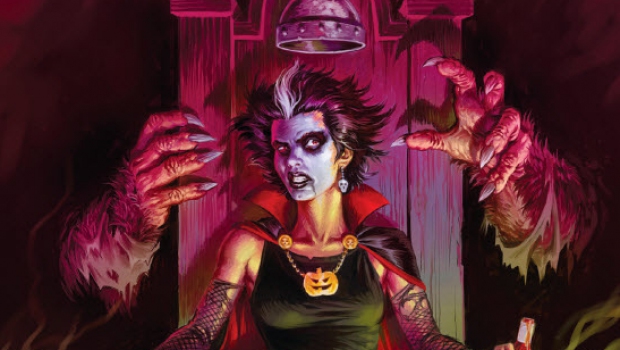 This issue opens with our resident ghoul entering KSKB radio station, only to discover a crazed individual babbling about “Where is he? He promised to help me.” The crazed individual then has our protagonist point a gun to his head, beginning her to shoot him. An intro to give any reader the creepy crawlies, just in time for Halloween.

After this strong opening David Dastmalchian takes us to September 20, 1983. They’re at the Missouri Renaissance Fair. They’re celebrating their fifth anniversary on TV. Reporter Jerri Butler is covering the story. Dastmalchian creates a troubled character in Butler. She’s her own worst enemy and it’s fascinating to see her unravel before our eyes, and on live television. This is an interesting story that brings us into Butler’s plight. She botches an easy story with beverage alcohol. We watch the protagonist on a downward spiral as her boss tries to save her career. With her alcoholism, she can no longer do fieldwork, but he offers her the spot of a horror movie host since the original host stopped showing up. We’re drawn into Butler’s world and can’t help but feel sorry for this troubled soul. She had everything going for her but couldn’t stay off the hooch. I liked how her boss cared enough for his employee that he tried to keep her on the payroll and bent over backward to help her regain her life. It’s an awesome show of compassion and we can relate to his kindhearted attitude. Great stuff includes the viewing audience reaction to the new Count Crowley, and how the book draws us into the world of 1983 with hair and clothing styles as well as references to pop culture.

Lukas Ketner’s illustrations are reminiscent of the old 1950’s style of horror art such as Vault of Horror and Tales from the Crypt. At least, the way they were before Frederic Wortham and the Comics Code Authority got a hold of them and his style Is clearly tongue in cheek as his characters jump out of the panels straight at you. Highlights include the final reveal of the attacker and how it ties into the opening visuals.

Jerri Butler finds herself in a world of trouble and her brother is desperately trying to help her regain her sanity and place in this world. But she’s determined to work against him and anyone that might be able to help her. She finds redemption in her new role, or does she? It’s an enjoyable romp reminding us of those great tales of yesteryear. ***1/2 (8.8 rating) 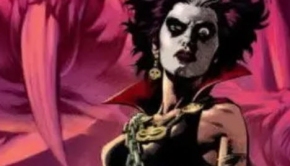 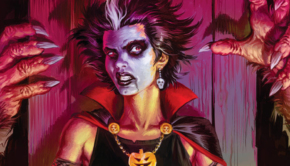