It’s the end of an era—and the start of all-new ..." /> Review: Doctor Who: The Twelfth Doctor: Year Three #5 – Comics for Sinners
Reviews 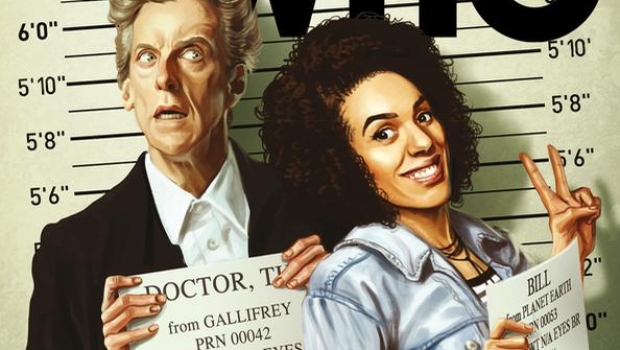 It’s the end of an era—and the start of all-new adventures! 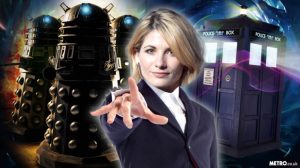 On July 1, 2017, fans of the British TV series Doctor Who watched “The Doctor Falls,” the Series 10 finale that brought an end to the popular TARDIS team of the Twelfth Doctor (played by actor Peter Capaldi) and companions Bill Potts (Pearl Mackie) and Nardole (Matt Lucas), with its cliffhanger ending involving the Doctor fighting off yet another regeneration into a new form (and a new actor). Then on July 16, the BBC announced that actress Jodie Whittaker (Attack the Block, Broadchurch) would be making her debut as the Thirteenth (and obviously the first female) Doctor in the upcoming Christmas Day special, “The Doctors.” But just because Thirteen is on her way, that doesn’t mean there aren’t still adventures to be told with Twelve and Bill. 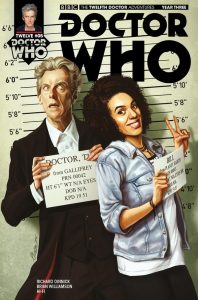 Which brings us to Doctor Who: The Twelfth Doctor: Year Three #5, written by Richard Dinnick (Doctor Who Special 2012, Doctor Who: Underwater War), illustrated by Brian Williamson (Doctor Who: The Fourth Doctor: Gaze of the Medusa), and published by Titan Comics. Bill Potts makes her comic-book debut with this issue as she and the Doctor make an unexpected trip to the ninth century and encounter not just a group of Vikings on the run (metaphorically speaking—they actually traveled on a boat) from pursuers over a mysterious treasure they’re carrying, but also a landing party from an alien race the Doctor’s very familiar with: the Ice Warriors of Mars.

Storywise, Dinnick does a fine job of setting up two mysteries in the first chapter of this three-part story arc: what are the Vikings hoarding (hah!) from their unknown pursuers; and why have the Ice Warriors come to ninth-century Earth? Longtime Doctor Who fans might have an idea about what the answer is to the second question, as it seems to tie into an event in the Doctor’s past—one seen in the 2009 special The Waters of Mars, which starred Tenth Doctor David Tennant. So, a sequel of some sort, apparently.

Artwise, Williamson had already proven his deftness with actors’ likenesses in the miniseries Gaze of the Medusa, expertly translating Tom Baker’s Fourth Doctor and Elisabeth Sladen’s Sarah Jane Smith from the TV to the printed page. He does just as well here with Capaldi and Mackie; his Vikings and Ice Warriors also benefit from his photorealistic style. Between Dinnick’s writing and Williamson’s art, “The Wolves of Winter, Part One” feels as though it would have fit well into Season 10’s continuity as a televised episode—if there hadn’t already been an Ice Warriors one (Mark Gatiss’s “Empress of Mars”), that is.

Bottom line? For fans suffering from Bill Potts withdrawal, this is the perfect time to pick up the latest issue—what with it being her Titan Comics debut and all—and enjoy her continuing adventures with the Doctor. For fans dreading the yuletide departure of Peter Capaldi’s Doctor, have no fear, Twelve isn’t going anywhere—at least not in Comic Book Land. Considering Titan also publishes the ongoing adventures of the Ninth, Tenth, and Eleventh Doctors, not to mention miniseries starring the Third, Fourth, and Eighth (so far), the Twelfth Doctor and Bill Potts will remain employed fighting monsters and aliens for some time to come.