FACTS convention I like to get up bright and ea..." /> Review: FACTS 2017 Spring Convention Part 2 – Comics for Sinners
Features 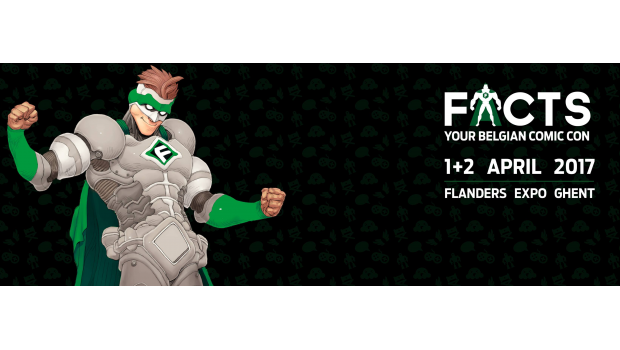 When leaving for a FACTS convention I like to get up bright and early. Normally to work there but recently just as a visitor.. which is fun, since I can now finally bring along my kids (or most of my kids, this year) to show them a good time as well.

But first they have to survive the 200 kilometer trip in the morning and they did in style… teenager-style, that is!

When we finally arrived, we were well on time as we could gather up in the big halls which Artexis (brilliant idea) made into the Main Entrance. Always fun to queue up, have some fun and see some cosplay acting out. 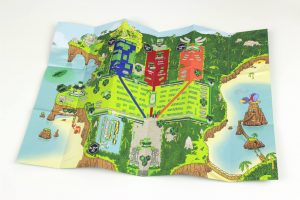 When the doors opened I just casually went to the Artist Alley. This is my “thing” so most of the day I could be found there, and only one time I ventured out (still, a 2.5 hrs trip, mind you!) to look at some comic-booths and in search of local artists. I needed some help there since I am getting old and the numbers on the floor plan were soooooo tiny, my eyes could not handle it! But getting in touch with Gerben den Heeten, Els and Ronincy, Art Grafunkel, Patrick Cornelis was a real treat!

In the meantime my kids got their “game on” with well… games. And of course the Beast! A massive inflatable combat course!

During the day my kids showed me some of the moments they had enjoyed during the day, the merchandise they had seen and more!

At the end of the show I was very happy with my day and the people I spoke to, the folks I met, the friends I have seen and the artist who indulged me with their magic!

First it was time for a little snack at the show

and then back home in style again!

It was truly an amazing day, I can recommend everyone!