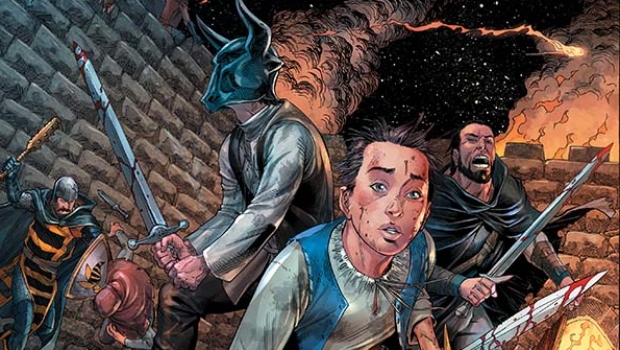 This issue begins with tension so thick you could cut it with a knife. The kingdom is trying to keep some unsavory relationships secret and wants to destroy certain letters that would incriminate certain people in a very twisted situation. To top things off Lord Petyr wants to shift the blame to an innocent victim so the real guilty party will get away with his transgressions.

The Creative Team:
Landry Q. Walker does a masterful job at adapting Martin’s work. He shows us corruption like we’ve never seen in a land where there are seemingly no redeeming qualities in any of its citizens. They all seem to complement each other in their own unscrupulous ways and rejoice in bad behavior. The miscreants from Dangerous Liaisons seem almost virtuous in comparison. Incredibly well conceived and written. Great stuff.

Mel Rubi is the perfect illustrator for this tale. He succeeds in bringing us into a medieval world that evokes the atmosphere of that day. Great care was taken in rendering Martin’s world into a realistic series of drawings that leave us feeling like we actually visited the land in it’s original time. Another plus is the smug looks on everyone’s faces as they contemplate destroying an innocent person while letting the guilty party get away with their sins.

In Conclusion:
How can you not like the tale of Tyrion and Arya? the story converges to bring us a convoluted sense of justice and we see good people being harassed and bullied, to say the least, while the wicked seem to get away with all sorts of misdeeds Is there any decency in the commonwealth? To be continued. **** (8.8 rating) 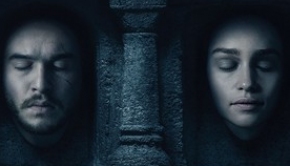