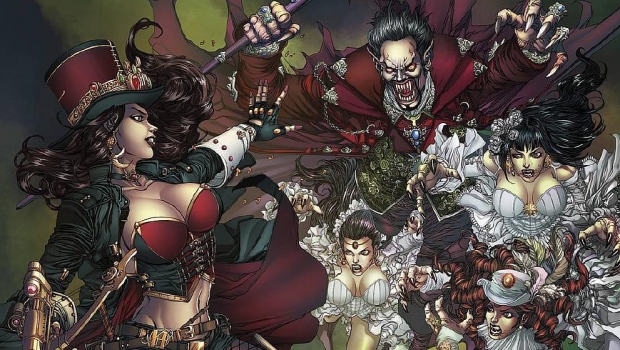 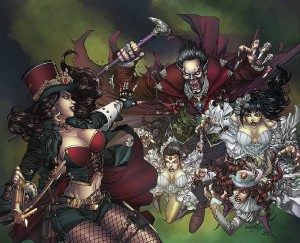 “when things go on forever, they lose there meaning.” – Mina

The final issue in this Zenescope horror epic!

The action picks up right where issue 4 left off. Our hero’s must defeat the Prince of Darkness or all London will be destroyed. Lose ends are taken care of and old relationships are re-united. But will they take care of Dracula before it’s too late?

Renfield returns as evil as ever. The Hades and Dracula feud reaches a boiling point and there’s plenty of gore. Spells are cast and everything moves swiftly to the stories end. A very satisfying read indeed. I highly recommend this issue, there’s not a lot of plot twists but if you’ve followed the story from the beginning you should enjoy the climax. The Sleepers rise up demanding justice and Marion warns the vampire hunters that Dracula needs to be destroyed via astral projection.

If our hero’s succeed, that success won’t come easy, sacrifices must be made, lives may be lost, and the end still may not be favorable to our heroes, Dracula will not go down without a fight. And fighting is what makes him strong! This is make or break time and none of our protagonists lives will ever be the same after this night is over!****