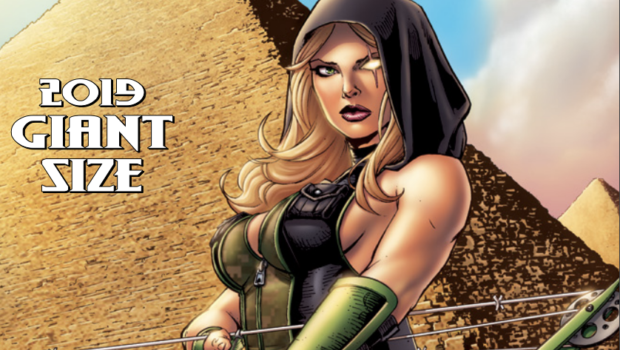 I enjoyed this review of Grimm Fairy Tales. The artwork puts the focus on attractive people in dramatic poses. The plot hops around from place to place and from one group of characters to another, leaving a disjointed whirlwind of beautiful people in skin tight outfits duking it out. Also, this comic features a Skeletor face-off which is not to be missed.

With the full power of the grail at his command, Merlin has transformed himself into the most powerful being in the Grimm Universe. Now, his plan is to unleash the forces of Tarot on the earth and conquer it for himself. His knights attack targets around the globe, and one by one as each hero that faces him falls, it looks like nothing can stop Merlin from taking over the world. Don’t miss the exciting conclusion to the War of the Grail storyline.