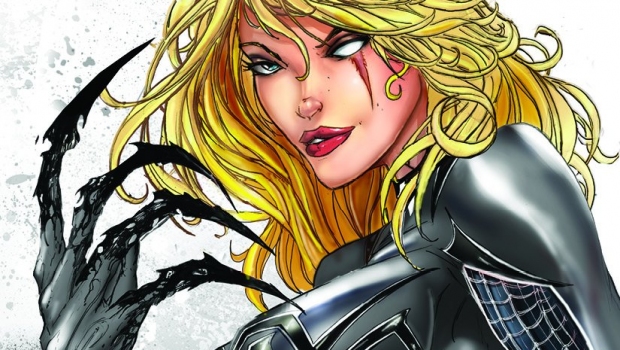 Skye Mathers, after the passing of her mother, is the new Guardian of the Nexus. She is studying under her mentor, Shang. He is helping her understand the limits of her new powers. She’s also trying to understand her connection to the book of Fairy Tales. With the book she controls a power that she doesn’t really understand. The power pulls her to where she is in the most need to help others.

Brusha opens this issue in Bryn Athyn, Pennsylvania. To the school called Arcane Acre. A genie awakens our hero and tries to kidnap her. Brusha brings us into the thick of the story right away. We don’t understand how or why the enemy needs her. But there is definitely a reason that has yet to be explained. The enemy knew that the genie wouldn’t succeed, but it turns out it’s exactly what they wanted! Brusha builds a suspenseful climax as the heroes don’t realize they are playing into the enemy’s hands. A fun read to be sure.

Julius Abrera is a great pic for the Zenescope universe. His panels are fluid and make this an easy read. His splash with the genie is amazing. I don’t think I’ve seen a genie, especially in a superhero comic, in a long time. A refreshing change from all the demons, vampires, monsters, ghosts and other horror tropes that usually appear in this medium. Skillful use of shadow and contrast create a horror feel that fans of the genre will appreciate.

We spend the whole issue thinking we know what’s going on in the enemy’s head, but the twist at the end is a good one and completely unexpected. Our antagonist has more to his plan than we originally expected and different people have unique uses to his plan. Yes, I’m dancing around this explanation to prevent giving away a lot of valuable information. Let’s just say that Joe Brusha fans will be happy and maybe a few of his detractors will come to appreciate his writing ability by the end of this issue. Totally unexpected cliff hanger. It’s great stuff! ***1/2 (8.8 rating)