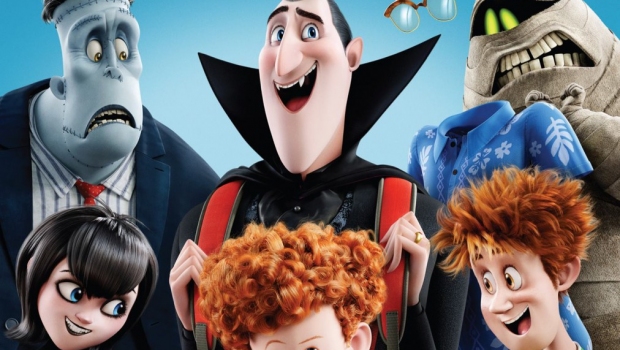 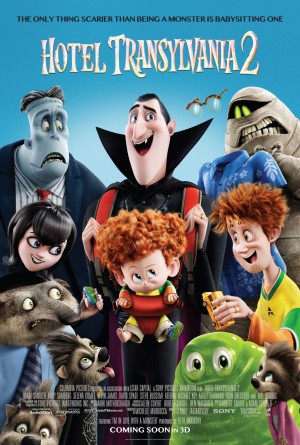 In the near future a new Mummy-movie would start the so-called Universal Monsters Cinematic Universe, a franchise revolving around classic Universal-monsters with which the movie-studio had huge success in the thirties and forties. They already tried to get solo-movies started around Dracula, Frankenstein and the Wolf-Man but despite the heavy-hitter actors attached to these movies, a real franchise was still far away and even a big success is to be seen yet.

So when competing studio Sony put these classic monsters in one colorful animation movie and did get more then enough momentum to warrant a sequel, I think Universal might have scratched behind their ears.

During the first Animated Monster Movie hotel-boss Dracula eventually came to the conclusion it was best to let vampire-daughter Mavis fly on her own with Californian backpacker Jonathan. Sadly enough the wedding, living in the hotel and getting ready to turn Dracula into “vampa” (grandpa vampire) was enough for Dracula to make a turn for the worse and his xenophobic aptitude is the toe-curling story-thread during this sequel.

The only thing to really save this tedious part of the movie, is the amazing cast who are as colorful as they are diverse, with comic-reels, gags and one-liners who carry this movie into an engaging family-friendly road-movie instead of a misdirected piece of roadkill.