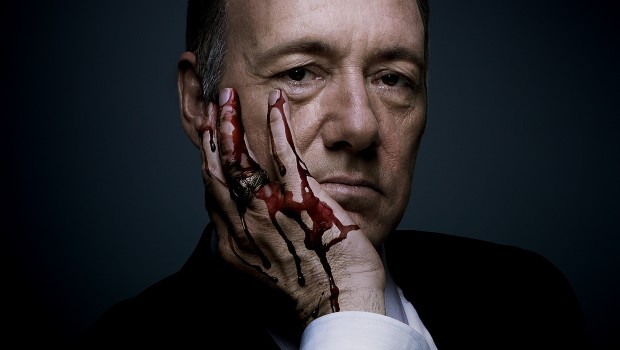 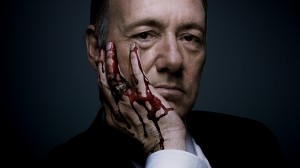 The short-short review of House of Cards?

Stop reading this, go watch it!

“Remember this moment when you resisted me.”
Frank Underwood

Ruthless politics, sex, scandal, corruption, all set in modern day Washington DC.
It has taken me a while to get started on this show. I received a review copy and it sat on my desk, taunting me to watch it. At a certain point, almost begging me… I’m not entirely sure why I resisted as it only took me half an episode to know I was about to go on a road of a life-time.

By now most of you all have seen this show so I’m not going to go into specifics or episode reviews (no spoilers either, there’s a special place in hell for people who spoil movies and tv-shows). Short version: Frank Underwood, House majority Whip, gets passed over for Secretary of State by the newly elected president. He now plans to work his way to a position of power, by any way necessary.

One of the things that drew me in (aside from the excellent acting and writing) was the cinematography. Shot in digital 4K, the resolution on the bluray is amazing, clear and crisp when the lights are out, and great dark shots without seeing any artifacts you see in some shows. The close-ups are filled with details and I haven’t noticed any digital sharpening, but I’m sure it´s there. It’s not film, but sure as hell looks great for a digital production. Having compared watching an episode on Netflix and on bluray, it’s clear the winner is bluray due to Netflix’s compression even though it’s a 4K-shot show. Which you probably won’t see anyway as most people don’t have a 4K tv. I’d love to see a proper uncompressed 4K version on a good 4K tv someday… 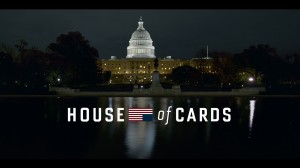 The title sequence is done beautifully. It shows a montage of time-lapses showing the beauty of Washington DC. Makes me want to get into time-lapse photography… The music is fitting as well. Bit haunting for sure.

For the other part:

The menu is stupidly simple. Just a few options to choose from. I like how the background changes slightly moving images of the cast. Very nicely done.

Mostly the same-ol’ stuff, background info on the politics of DC, differences in the UK and US show etc. Sadly most are short, season two gives you extra geekness in an extra (the longest extra as well) going into some of the details on how an episode is made but it leaves one wanting more. Especially a gadget geek like myself.

“Can House of Cards do nothing wrong?” Yes, they can.

1. Not enough episodes (ok, that was a cheap-shot, season 3 is coming to Netflix soon)
2. The bluray packaging. While the design of the artwork is done with some great black and white photos of the cast, the cardboard sleeve the bluray goes in is a FFing pain the ass. I’ve had all of season one’s discs that were stuck. This means I have to grab the disc itself (top and bottom) to pull it out. Normally one would just grab the disc on the side and gently pull it out. But this design is meant to clamp down. Meaning precious time cleaning the disc while you could be watching one of the best shows of the last few years.
3. The extras aren’t bad, but left me wanting more.