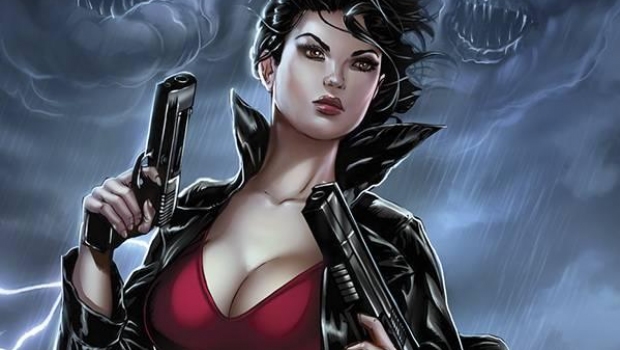 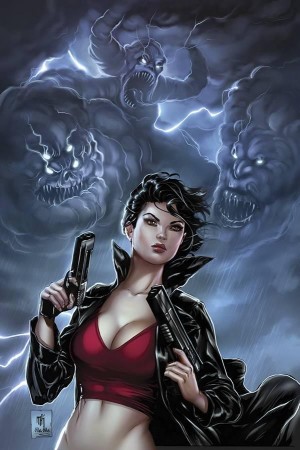 Great art, great action. If you’re into horror/super hero comics like Ghost Rider and Constantine I invite you to check out Inferno: Resurrection. The hero in this comic is a female demon bounty hunter named Mercy Dante.

Like Ghost Rider, Mercy is working for Lucifer. The Lucifer in this universe is a woman. Very interesting. There aren’t too many titles with female protagonists that last very long. The ladies who want a cool anti-hero to identify with will probably gobble this up.

Mercy comes across a demon who is chasing what appears to be a mortal woman. She shoots him with her special demon gun. The demon, who she calls Marty, doesn’t even realize he’s been shot with anything but a regular gun until it’s too late.

Once the demon realizes that he’s disintegrating, he begs mercy for, well, mercy and promises that he has information that she wants. She tells him that he’s not the first one to use that line to try and get out of being destroyed, but then he drops a name; Raum. Mercy is undaunted and apparently that name doesn’t mean much to her because she finishes him off.

A bystander who doesn’t understand what’s going on shoots Mercy and she retaliates, hoping that she’s shot another demon and not a human. Meanwhile the girl who Mercy told to leave the area is still around. Mercy slumps to the ground and tells the girl to find “Virgil.”

That’s as much of the story as I can tell without giving to much away. There’s enough twists and turns on every page to keep the reader wanting to check out the next issue. ***