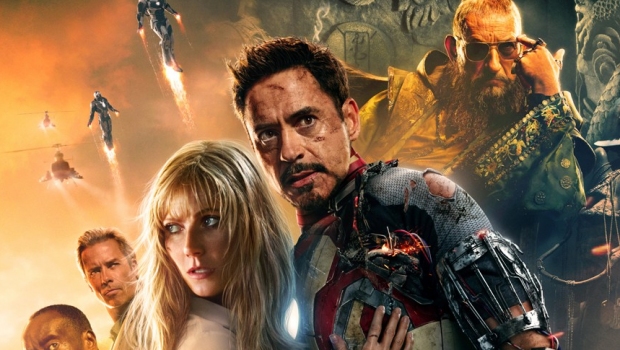 If anything is made clear with the third instalment of the Iron Man franchise, is the fact that Robert Downey Jr. really IS Tony Stark. And this movie was never more about Tony instead of the Tin Man, as in this movie.

Tony is met with violence, destruction, deception and mayhem, but the suit seldom makes for the headline as much as in the other movies.

Iron Man 3 is rockin´ due to Tony´s relationships, these are the true merits of this movie!

1* His relation with Pepper, made strong by their love, their history and their non-superhuman affection towards eachother,
2* his history with Aldrich Killian, the scorned fellow scientist who basically is a misgrudged Stark-fan,
3* his history with fellow scientist and onenight-stand Maya,
4* the friendship with Rhodes and their shared love for metal cans,
5* the loyalism Happy Hogan feels for Tony, together with the humorous and sometimes sad shared moments in the past,
6* the kiddo who rescues him is stubborn and obnoxious yet Tony immediately hooks up with him emotionally,
7* and last but not least, his relationship with himself.

Tony has panic attacks after his Avengers-adventure and this is felt throughout the movie, on many awkward situations.

Besides the combination of brief characterization -which cannot last long or else it would be a drama and not an action movie- due to the many different relations with many different people, this movie is of course strong for the FUN elements!

What I think is fun?

1* dialogue of Tony is hilarious on its own but
2* the dialogue with friends, lovers and enemies are even better, because this interaction is where Tony gets loose
3* the action, because it is immense and I just love SFX and CGI
4* the many many Iron Man suits
5* the flying parts because that means a new level of cool
6* the sizzling, sparkling folks and I do NOT mean vampires like in the Twilight Saga, but really sizzling superhuman men and women

Did I forgot to mention the Mandarin? No, I did not. He is different (very) from the comic and nevertheless he works. But go check that out for yourself!

The TRUE power of this third movie of Iron Man however for me is Pepper and Tony’s love for his girl. Pepper is at the source and centre of this movie, due to the impact she has to Tony, the feisty dialogue with Tony and the fact that Tony never NOT thinks about his girl.

And then there are two defining moments in which Pepper takes such a centre-stage appearance that you can ONLY wish for a solo movie with only Pepper in it. Two such memorable scenes that would spoil the best part of the movie, so I am not even going there, although with attached visuals you might get an idea.

Respect to the actors and actresses, to the Marvel Studios, the stuntmen, the graphic designers, and to the director, because it ALL works SO very well! Sure I can mention a few hickups here and there, but in the end, I had a blast from the moment I put on the DVD and even felt disappointment when turning it off! And that is the only real reason one needs, right? 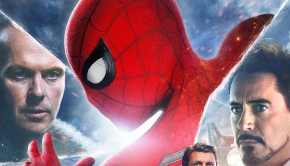 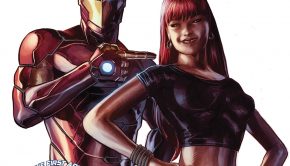 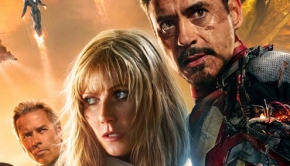