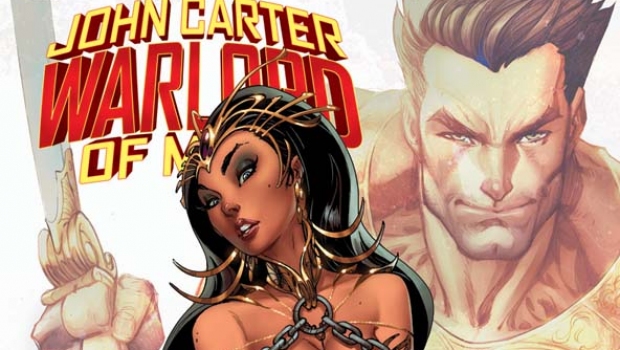 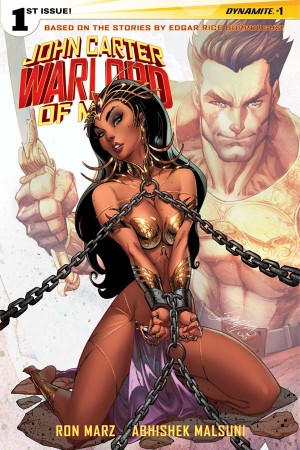 It was a long-fought war between two factions that threatened to tear the world apart. No matter the outcome, it seemed that no one would truly be considered the winner. But then a man stepped forth with sword in hand and united both sides, to create a brighter future for them all. The warring factions? The estate of Tarzan creator Edgar Rice Burroughs, and indie comics publishing house Dynamite Entertainment. And the man who united them? A gentleman from Virginia and former Confederate officer named John Carter: the Warlord of Mars—who’s also Burroughs’s second-most-famous creation.

Hyperbole aside, the story goes that after years of legal battles between the ERB estate and Dynamite over the rights to Burroughs’s “John Carter of Mars” novels—some of which, including the first, 1912’s A Princess of Mars, had fallen into the public domain—both sides formed a partnership that allows Dynamite, with the estate’s blessing, to continue publishing John Carter titles…although it could be argued that Carter’s wife, Martian princess and eternal pinup queen Dejah Thoris, has been the real breadwinner in the comics family. And with the dispute behind them, Dynamite is now able to relaunch their former Warlord of Mars series as John Carter: Warlord of Mars.

John Carter: Warlord of Mars #1 teams fan-favorite writer Ron Marz (Green Lantern, Witchblade) with newcomer artist Abhishek Malsuni, in the first chapter of a story arc in which Barsoom has been invaded by an alien race called the Kahori, led by a mysterious commander who has already captured Dejah Thoris.

Now, given that the title of this series is John Carter: Warlord of Mars, it’s a bit surprising to discover that the first thirteen pages—more than half of this first issue’s 22 pages of story—are devoted to Dejah Thoris; in fact, Carter doesn’t even participate in this adventure until page 13! But, in all honesty, Marz—who has more than a passing familiarity with scripting scantily clad heroines—knows his audience would probably prefer gawking at a Martian princess in chains than a Terran warlord swinging a sword; I know the readers of Comics for Sinners certainly would!

But beyond the obvious bondage eye candy, Marz has a reason for Dejah’s predicament: After being bitten by a worm that injects her with a truth serum–like venom, Dejah is forced to tell her captor everything she knows…which just so happens to serve as a recap of the histories of both Mars and John Carter for new readers! Yes, it’s an old trope, but it still has its uses. And, unlike certain other publishing houses that tend to reboot their universes and cast aside previous continuities, there’s nothing in this issue that contradicts the multitude of Mars-related series that Dynamite has released—good news for loyal readers who’ve helped make the John Carter comics franchise a success.

Artwise, Malsuni shows how talented he is, presenting not just beautiful women and handsome men, but in a flashback sequence of four splash pages he demonstrates his ease in depicting both Martian architecture and the ferocious beasts that roam the red planet—and then later follows it up with a two-page-spread battle scene! My one complaint (a minor one) is that Dejah’s breasts have the occasional tendency to look less like mammary glands and more like over-filled helium balloons. It looks a bit odd. Otherwise, Malsuni’s art is flawless.

Bottom line? Even though it’s essentially a catch-up for new readers, Marz’s writing and Malsuni’s art make this is a great launch for the new series, and its cliffhanger ending makes it worth checking out the next issue. So get your ass to Mars (or to your local comic shop, if that’s easier) and pick up a copy of John Carter: Warlord of Mars #1!