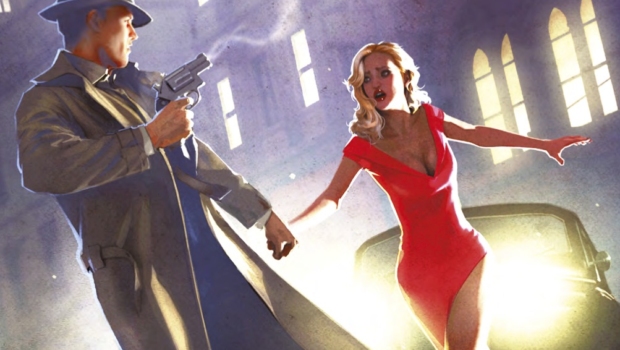 The action begins right away in true Mike Hammer fashion as the opening scene sees him chasing down a perp. He gets the information that he wants and true to his word, he let’s the perp go! I have been wanting some true gritty noir style comics for a long time. Weather it be Raymond Chandler’s Phillip Marlowe or Dashiell Hammett’s Sam Spade or even Micky Spillane’s Mike Hammer. I finally got one of them! Oh, there’s been some good comics out there that pay homage to the noir style, but the big three have been sadly absent from the world of comic book literature…until now! 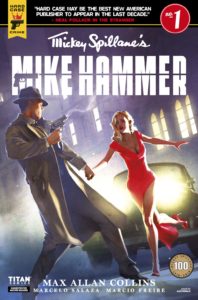 Max Allen Collins knows him some Mike Hammer and he breathes good life into Mike Hammer’s creation. And for good reason, not only has he worked on Detective Comics (the genre, not DC the company) all the way back to Dick Tracy and wrote Road to Perdition. He also knew Micky Spillane personally and was entrusted to finish his last work. He then went on to write some of his own Mike Hammer stories. So, the character is in great hands here. This title sees Hammer investigating what he believes to be a mob hit. Great stuff includes Hammer’s laissez faire attitude towards elements which he considers to be scum and Hammer’s smart-ass quips as he deals with his detractors.

The two Marcelo’s bring the right atmosphere to this title with their incredibly realistic depictions of the world of Micky Spillane. I only wish they had drawn Hammer to look a little bit more like Stacy Keach. But of course, there would be copyright issues, so, it’s only a minor grip on my part. Some of the most realistic comic book art in a long time in this age of Computer style renderings and over the top villains and other characterizations, this is a refreshing change. Highlights include the opening chase scene which brings about a certain tension and the back-alley car scene.

This is some awesome comic book! I loved my noir stories growing up and thank God for Titan comics. The tangled web grows more tangled as the story progresses and whenever Hammer thinks he’s getting to the bottom of this case, the bottom opens up once again! Hopefully this title will be successful enough and will lead Titan to bringing us Sam Spade and Phillip Marlowe next! The climax of this issue promises us answers in the next issue. But if I know my noir writers, one answer will produce three more questions, exciting stuff… to be continued. ****1/2 (9.2 rating) 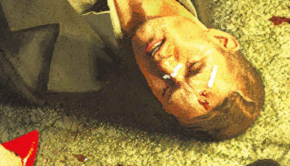 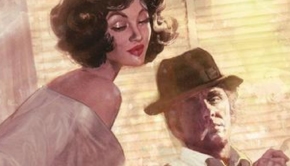