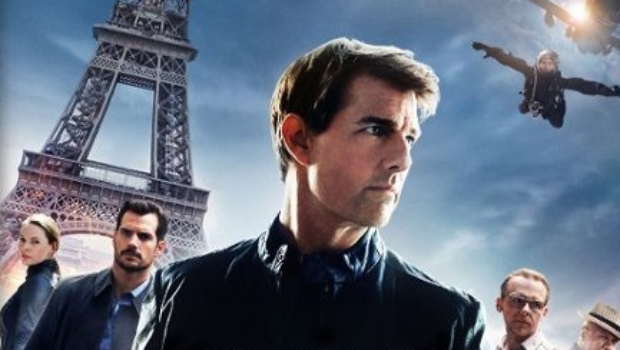 As an action film Fallout will probably not be surpassed this year, but luckily director McQuarrie has more to offer than just a spectacle. For example, the middle section contains a number of strongly performed scenes with the usual theater and doubles. The experienced viewer will be able to see the exposures (both literal and figurative), but the acting is no less. Rogue Nation additions Alec Baldwin, Rebecca Furguson and Sean Harris return and they all get a full role in the story, which feels very organic for their characters. Fallout hooks in on his predecessor anyway, so for anyone whose fifth part is not too fresh in the memory, a re-inspection is recommended.

Mission: Impossible – Fallout is not the revolutionary innovator or the part that makes all previous superfluous, but the film that shows that in this series an even higher level could be achieved. Because although content is not very deeply dug, the impressive way of making a film makes it feel like that and the time flies by. It is a blockbuster of the highest class, which can be regarded as mandatory viewing food even for those who are not particularly fond of the film category.

The synopsis reads as:
The best intentions often come back to haunt you. MISSION: IMPOSSIBLE – FALLOUT finds Ethan Hunt (Tom Cruise) and his IMF team (Alec Baldwin, Simon Pegg, Ving Rhames) along with some familiar allies (Rebecca Ferguson, Michelle Monaghan) in a race against time after a mission gone wrong.

And this is a genuine production, so do not expect Chinese pop stars to attract Asian markets, no designs for future parts, no shameless product placement and especially no CGI to replace what can also be achieved in an old-fashioned way. That may sound like empty praise, but in the current blockbuster landscape few films can be found of which this can be said. Fallout can safely be seen as a shining example for large public films by offering top-class spectacle without going into current trends. This approach can easily be taken for granted, but puts the film against a typical 2018 blockbuster like Skyscraper and the quality differences are almost overwhelming.

Because of course it is more difficult, dangerous and expensive to perform an insane stunt on location, but that is where quality comes into being. Of course, it helps that Tom Cruise has not become more restrained or cautious over the years. But for a successful action movie it is not enough simply to leave the studio; the greatest art is to visualize the spectacular scenes in such a way that the viewer can fully engage with them. Fallout excels in that. There is never a shot in which the overview is lost and not once is it cut too quickly. The latter can even be interpreted quite literally in a parachute jump over Paris, where Tom Cruise is consistently kept in view from the jump from an airplane to its hard landing. In between, there is also a bit of action to keep your breath in.

With that, the film is fortunately not yet over its peak. Once in Paris, we are not only presented with a strongly choreographed battle scene, but also with an extensive car and motorcycle pursuit. McQuarrie lovingly uses a style in which Tom Cruise is allowed to show off in detail how he can still run, in a genuinely exciting scene. How that ends.. check the footage!