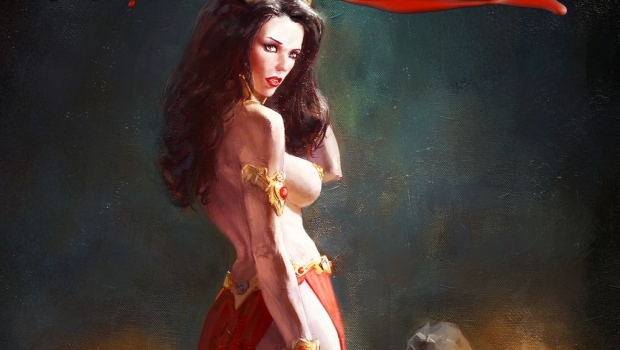 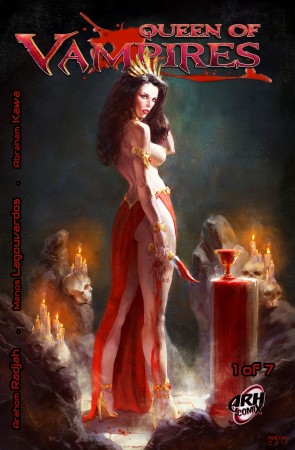 When first discovering this studio I was hesitant to enter its comic publishing adventure because although the covers to the comics match the insane quality of statues they have been producing, but I have known many companies that will let the cover sell the story and nothing to support story or creativity.

The quality in writing this layered story, setting up this new world with all these characters and maintaining a solid voice for each characters is not a small feat.

To see the artwork get better with each issue, both in penciling, coloring and production is just a joy to behold.

The story of a Queen Vampire is not unheard off, but to establish a background filled with mysticism and dark forces yet make it believable (sure it remains all fantasy, duh!) and readable is something else entirely!

You get the horror and the gore, but also political intrigues and a rotten hierarchy which succumbs by corrupting power.

You see a queen which is adamant to conquer, who is bloodthirsty and cruel…. and during the issues #1-3 you see that same queen getting more and more attached to a human slave, via whom she can relativate and with whom she can talk about her decisions and reminisce about her past.

You see jealousy turning to treachery even and this makes for an even more intriguing story. With a 7-parter like this we -the readers and fans- will have a shot at one amazing miniseries. A sure thing!

Is there not one thing to say that would STOP you from buying this? Only perhaps that just once or twice the letterer has difficulty cutting up words in the balloons, but that is really just looking for trouble where there are almost none!