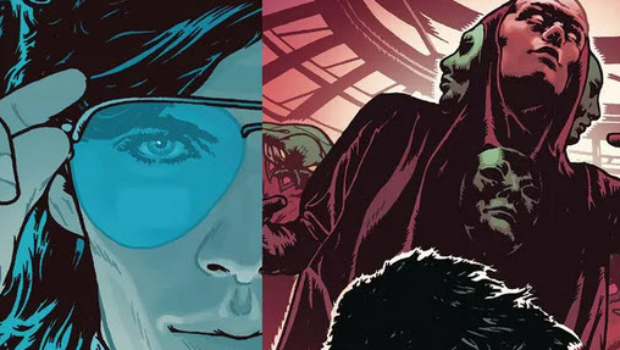 In Robotech #21, out this week from Titan Comics, the Invid made contact with the humans at LV-227. In issue #22, they arrive at Earth. The motivations of the Regess who leads the Invid are explored and we are shown that the Invid are a species that expresses awareness of how to manipulate space and time much like the alien species in the Tom Cruise Movie, Edge of Tomorrow. The Invid understand that they own the future Earth of our timeline, but our future heroes decided to combat that by sending Dana Sterling back in time with a message. This triggers the Invid to attack early to destroy the source of the temporal disturbance.

This issue is part of the Event Horizon miniseries which does for Robotech, what the 2009 JJ Abram’s Star Trek did for it’s franchise: it disrupts the known timeline of the story and allows to start telling new stories with familiar characters and settings.SCRIPT
SIMON FURMAN
COLORS
MARCO LESKO
LETTERING
JIM CAMPBELL
EDITOR
MARTIN EDENART
HENDRY PRASETYA