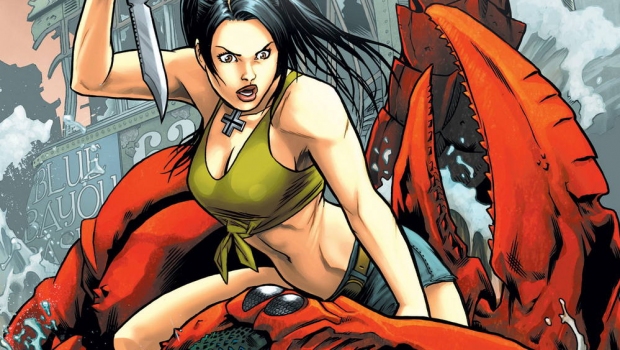 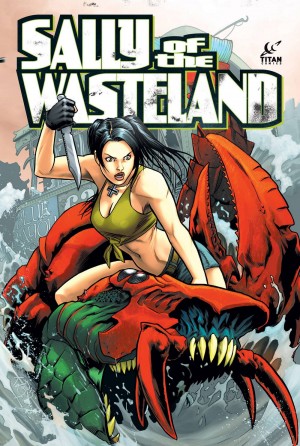 Imagine a cool road-movie, Grindhouse, the Apocalypse and some of the coolest creature-features you can think of. Then add some dumb cannibals, crazy mutants, dumb male chauvinist pigs (stop looking in the mirror!), dumb side-kicks and even dumb yet sassy, sexy, hot leading characters. Add a great artist with a delicious non-pretentious script and great dialogue and you got a winner!

The story starts in a bar, where the bouncer is a little insane, yet amazingly attractive, quick on the trigger and sexy as can be. This Sally has a crush on a blond stud and is destined to make him her boyfriend. The fact that a cool powersource might be the reason for an amazing roadtrip, does not diminish this her desires nor do the discovery of amazons, cannibals, sharkgators or other odd entities.

Sally will do whatever it take, cause she is insane and she is in love…

Bottom line? If you want a great read which will make you beg Titan to bring you a second series… this is it!

SALLY OF THE WASTELAND HC