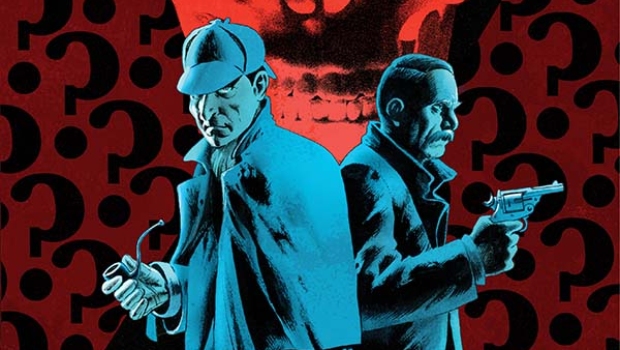 Sherlock Holmes fans haven’t had much luck finding their favorite sleuth in the pages of comic books. Titan gave us English adaptations of the Manga version of the BBC TV series starring Benedict Cumberbatch and there was the Shaquille O’Neil Mycroft Holmes title. But as far as original stories it’s been slim pickens. This is surprising since this character is in public domain. Finally, Dynamite has come through with another original title. Readers of Sir Arthur Conan Doyle may see similarities between this torrid tale and The Man With The Twisted Lip. But read on and you’ll soon see the difference between Michael Williams and Neville St. Clair.

Moore and Reppion take an average looking citizen on a typical London day in 1887 and thrust him into a violent situation. As the fog comes in, a stranger tries to grab Mr. Michael Williams and he responds by jerking his head backwards and crushing the perps nose. As Williams escapes his tormentor by disappearing into the thick London fog, we cut to the protagonist. Holmes sends a young boy to the druggist to get his prescription filled. At this point Watson arrives and scolds Sherlock for sending a boy to get his “Poison.” Great stuff here includes a mysterious guest at the druggist insisting in a rough way that the druggist doesn’t know him and Williams boss trying to find out what happened to his employee. This is a great set-up to what could potentially be the most original Sherlock Holmes story to come out in any medium in a long time (After all, the Cumberbatch shows are simply stories all ready written, just set in a modern era.)

Julius Ohta brings a certain sophistication to the panels which help the story unfold in a nice pace. It’s not too over the top the way we expect from a superhero comic and it’s a pleasant change from those action-packed type of comics and gives us a chance to savor the simplicity of the good art that unfolds before us. Highlights include the confrontation between the druggist and the stranger and the arrival of Mrs. Williams at Sherlock Holmes apartment as she recruits his help to find her husband.

How many times have stories opened with what appears to be an average citizen fleeing from a mysterious stranger? Oh, probably about a million or two. What makes this one different is the introduction of the Mummy mystery and the fate of Sherlock Holmes druggist and how they all fit together. We, of course, won’t find out how in this issue. But it’s another great set-up to what a great mystery it could be. I really enjoy my mysteries and I hope the pay off is worth the wait. For now, It’s an excellent introduction to a tale of uncertainty and intrigue. *** (8.2 rating)

Sherlock Holmes and the Vanishing Man # 1 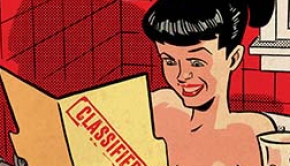 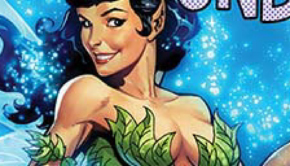