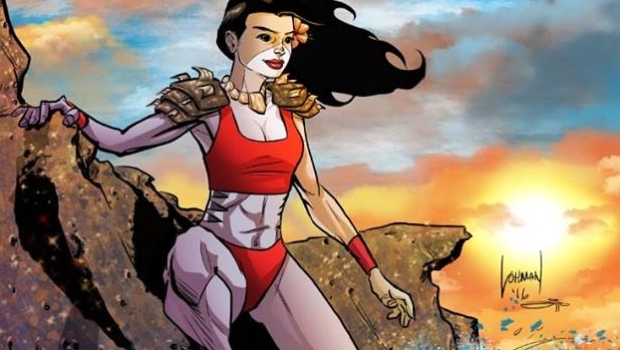 In 2014 Christopher Caravalho created a team of superhero team called the Aumakua Guardians of Hawaii with a roster of characters that reflected the many different ethnicities of their island home.

Among the heroes such as Royal Hawaiian Guard, The Phantom Surfer, and Geckoman, óne hero quickly became a fan favorite. Her name was Sistah Shark!

Caravalho wanted a chance to highlight the characters as individuals so he decided to create solo stories of two of his favorite characters of the Aumakua series. He invested his time and energy into creating a comic book title called MANA DOUBLE FEATURE.

In this book Caravalho wrote a story entitled “Deadly Waters” which tells of the origin of a small beach town local girl named Lani Castillo. As a baby she was rescued by a man at the end of his ropes who in turn became her father and devoted his life in giving her a normal upbringing. As normal as raising a girl who goes full ‘Sharknado’ at the drop of blood.

This story was drawn by the Portuguese artist Eliseu Gouveia whose stunning artwork has a smoothness that makes the story so much stronger. His ability to also create readable 7-8 panel pages -which still houses enough speech bubbles to make sure reading is as important as the visual aspect- is uncanny and creates an ease to the experience of reading the comic which almost reflects the European standard.

In SISTAH SHARK #1 we dove head first into Lani’s life as she battled gangsters, a monk seal shifter and the Yakuzas greatest weapon TAKONINJA! The story just oozes over from one comic into the other, with only picking up steam and momentum which creator Christopher Caravalho feels compelled to deliver to fans in spades.

The idea of giving the Island Of Hawaii their own set of superheroes and combine it with just great stories, great designs and well… great art as well, this idea is just golden and you can feel the authenticity of this project coming to life panel by panel.

Surely Christopher Caravalho is the driving force behind his MANA COMICS, but his relentless endeavour to search ánd find artists that can match his visions is just spot on as well.

Personally I am fed up with all the stories coming out of the mainstream comics, as basically it is just the same concept being done over and over again. So with the Indy scene you get new visions, new ideas, new concepts…. all the things that can be as new and exciting as a holiday to a place of true beauty which you are now able to experience all by yourself. That is the strength of the real creators and for that I salute thee, Christopher Caravalho!

And thanks as well for giving the world of comics yet another comic and series of comics to showcase the artwork of Eliseu Gouveia… I am a fan! I really am!

Go out and get some at MANA COMICS!! 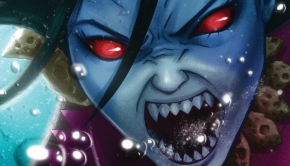 Exploring the Future of Mana Comics → 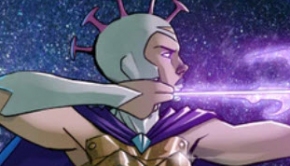