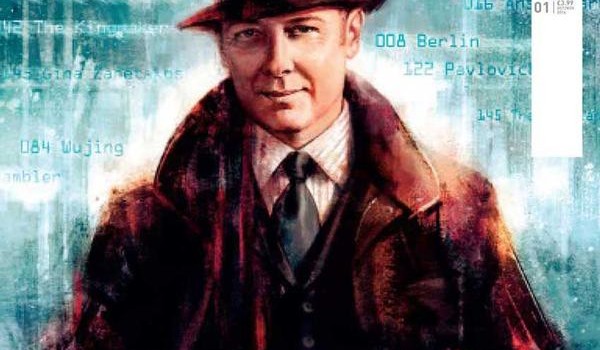 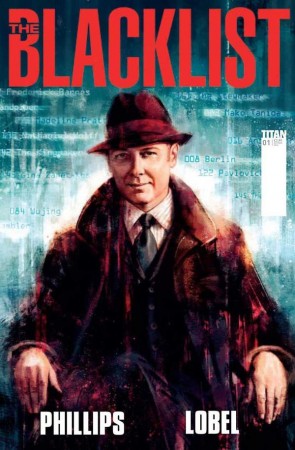 Raymond “Red” Reddington (played by James Spader, currently of Avengers: Age of Ultron fame) is a master criminal who spent two decades on the run from the FBI, only to unexpectedly turn himself in so that he could work directly with newly minted FBI agent Elizabeth Keen (played by Megan Boone), with whom Red has a mysterious history. And with his surrender came a special gift: the Blacklist—a list of the world’s most dangerous, and previously unknown, criminals who Reddington wants eliminated or incarcerated—for reasons known only to him. But tracking them all down could take some quite some, though, because there are a lot of names on the Blacklist—maybe even more cases than a television series now entering its third season can cover…

Which brings us to The Blacklist #1, written by Nicole Phillips (script coordinator for the TV show, and writer of the Fringe episode “Worlds Apart”) and illustrated by Beni Lobel (Constantine, Arrow: Season 2.5), available now from Titan Comics. Based on the story’s title, “Leon Kiklinski (No. 148),” and Kiklinski’s inclusion in a handy reproduction of the Blacklist on the inside back cover—so you can keep track of which criminals have been captured, which have been terminated, and how many more there are to go (there are a lot of redacted names you don’t get to see)—it seems that the comic series’ purpose is to cover the stories that the show may never touch on.

It’s actually a smart approach—TV shows live or die by their ratings, and despite its critical acclaim and loyal fanbase, who’s to say that NBC may not one day decide to terminate The Blacklist before Reddington and Keen cross off every entry. The history of television is littered with series that involved the roundup of numerous bad guys, all canceled before they got anywhere close to wrapping up their to-do-lists—see, for example, the Fox shows Alcatraz (302 inmates, but just 13 episodes) and Brimstone (113 demons; 13 episodes). With “Kiklinski,” the Blacklist reaches 45 targets addressed…with 116 to go.

Storywise, Phillips does an excellent job in this first issue, easily translating the characters from their TV home to the comics page, especially Reddington, with his cutthroat criminal acumen balanced by the charming, anecdotal tales he spins that so often throw his opponents off balance (you won’t be able to not hear them in Spader’s distinctive, low-key delivery). Then again, who better to write Reddington and Keen’s further adventures than someone who’s been with the show since the start?

Artwise, Lobel brings the right real-world-espionage feel to the comic—this is no superhero adventure, after all, and his storytelling and camera angles are a good reflection of the show’s cinematography. His one weakness, however, is that his actor likenesses blow a little hot and cold: Spader’s Reddington is fine, but Keen sometimes slips away from Megan Boone’s features, and there are times when Blacklist director Harold Cooper looks nothing like actor Harry Lenox. Given time, though, I’m sure Lobel will solve this problem.

Bottom line? For fans of the series, the comic is essential reading, considering it seems to be tackling cases that the TV Blacklist may never address—not to mention the fact that “Kiklinski” is set between the Season 2 episodes “The Decembrist” and the season finale “Tom Connolly (No. 11).” For non-fans, if you’ve become curious about the show given Spader’s involvement in Avengers: Age of Ultron, and enjoy crime comics along the lines of Ed Brubaker’s Criminal and The Fade Out, then give The Blacklist a try. You might just find yourself enjoying Red’s adventures…as long as you’re not one of those redacted names on the Blacklist, that is. 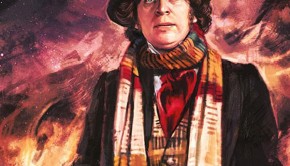 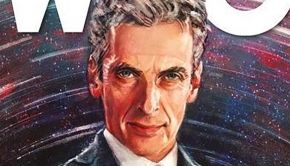 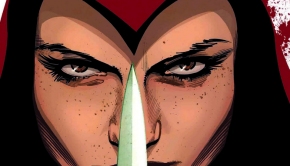