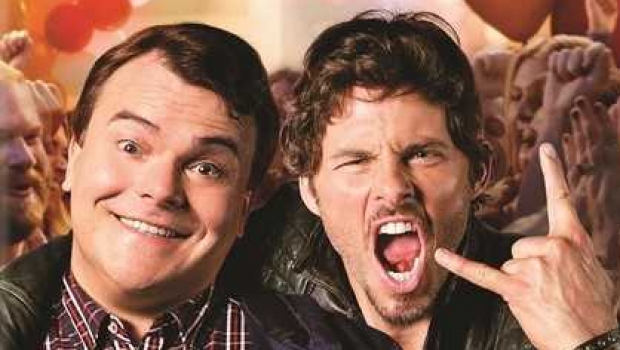 Dan Landsman (Jack Black) is an immense nerd who is stuck in a boring job. He is the self-appointed chairman of his high school’s 20th anniversary reunion party committee, with every member just barely even recognizing Landsman’s presence. In a very desperate attempt to make his mark as much as make this reunion a success, Dan  deceives his employer to send him all the way to Hollywood where the only real class-hero made his mark: the cool Olver Lawless (James Marsden) landed an national TV ad. With Dan feeling out of his depth and into strange waters, he connects with Lawless in the only way he can: lies, self-deception and even offering up his ass.

The incorrectness in many plots of the movie, make this movie more of a statement then a real comedy. A statement against appearances, mid-life crises, awkward moments, bromances and even married life, “D Train” might feel like an over-achiever but with the subtext this might just be a winner.

Marketing-wise selling this movie as ‘comedy’ however is just wrong. Jack Black is one of the greatest comedy-actors around, but for this role he just had to delve into a whole different set of skills to make this awkward role a memorable role.