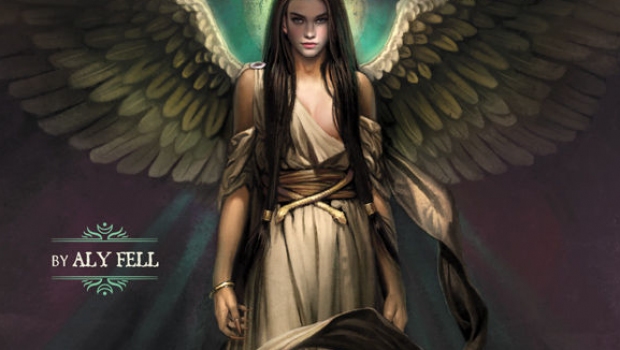 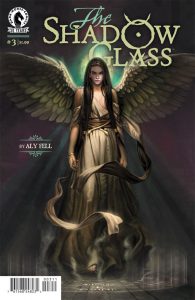 In reading the story so far it feels that the first issues are all introductory to this issue… the introduction of Madimi!

The Shadow Glass #3 finally shows the mysterious being inside the Shadow Glass.. an entity named Madimi. The way Madimi approaches the men who summon her is just like a succubus would try and seduce her victims. The way Madimi approaches Rosalind however is entirely different, yet creates a depth to the story that makes this much more then ‘just’ an amazingly crafted and goodlooking series. This is much more in terms of layers and the indications led by the many changes in Madimi’s appearance are intriguing.

The Shadow Glass itself reminds me of the tale of Snowwhite, with that eerie mirror. The story itself also reminds me a tad of Shakespeare, although I know little of that chap… and it is also sort of reminding me of Alice In Wonderland aka Through The Looking Glass. In not only the aspect of Alice and the fantasy world, but even more about Rosalind’s internal journey to find herself, to discover herself and what she stands for…

If the answers that Rosalind will find, will be to her liking… that is a questions to be answered in upcoming issues, I hope!

Aly Fell continues to amaze on this series and although Dark Horse has stopped publishing this series with #3, you can pick up spare issues directly via Aly Fell here.
Or you can wait till January 2017 and pre-order the Dark Horse compilation, as Dark Horse has indeed planned the TPB for all 6 issues.

All in all this series is just slowly building up to one of my ever-favorites!