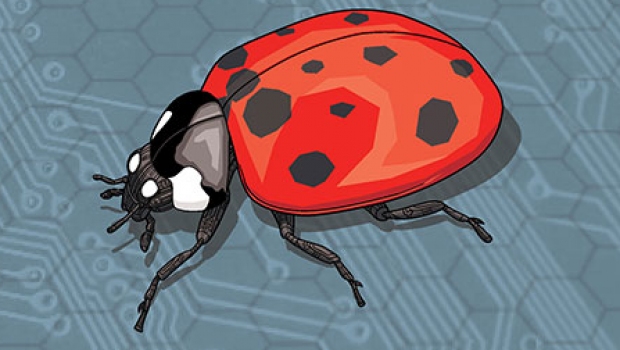 Chris Lackey’s 128-page graphic novel explores the world of the future in a shell-shocking, thought-provoking story with a kind stylish art, which please the eye.

Lackey tells about James Watson, a family man suffering from a neurological symptom called CAPGRAS. Capgras delivers a form of deja-vu and a feeling of ‘what I am seeing now, is not allright’ in that your wife should have another shirt, or the kitchen should have different handles on the door.

Watson even tries a talking group, led by Dr. Audrey Geller, who displays rather eerie behaviour at times. Not for long Lackey lets Watson jump in a Looking Glass, like Alice once did. Watson suddenly re-surfaces in “a universe of splintered cultures, artificial intelligences, uplifted animals and virtual worlds” where a talking pink gorilla becomes his new best friend in after-life.

Watson discovers his real being to be something else then he ever could have imagined… but more would be telling!

Lackey displays a story in which future relationships, thoughts about the world, about virtual reality becoming the real reality… it all contributes into a narrative which easily picks up on themes seen before in thought-provoking movies like Inception, Matrix, Bladerunner but adds more in-depth and removes the Hollywood-action.

The psychological journey of the reader is not for everyone, but once you finish the story, you WILL have new thoughts. And you can thank the creator for that.

Transreality will be available for order in January of 2014 from Diamond Comic Distribution! Check it out in Previews and make sure to tell your local store to order a few copies. Will be available in stores in March 2014!