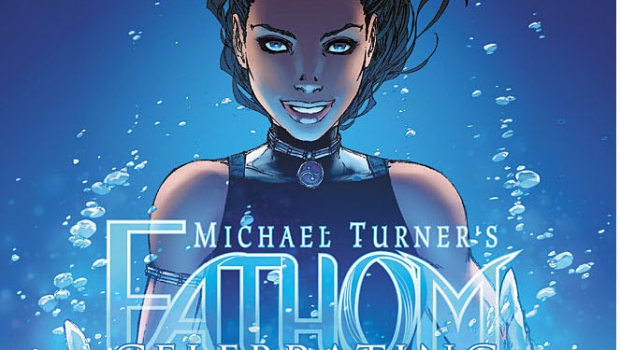 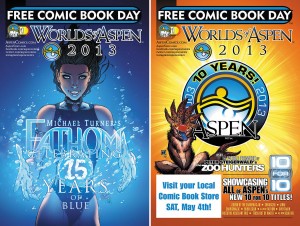 Aspen Comics is celebrating 15 years of BLUE, with the release of this FCBD-issue as well as their new Fathom serie, “Fathom: The Elite Saga” for which this FCBD-issue is either a prelude or a preview.

We see Aspen Matthews meeting up with her long-time journalist friend Tyler, to rec0nnect after all that has been happening with Aspen, The Blue and the Black, and with how it all started; the destruction of the underwater research facility, D.M.D.

The intrinsic beauty of this issue is mirroring the quality which first attracted fans around the globe to the phenomena called FATHOM, teaming up a larger-then-life story with stunning underwater visualizations, not to mention cliffhangers and developments that warp the imagination.

Vince Hernandez has admirably and successfully both sought to summarize the previous stories as well as set the stage for the next arc, with Killian leading a charge yet again!

Aside of this inspirational foray into the world of Aspen Matthews, this FCBD-issue also sports a few “10-for-10″ teasers as well as two splash-pages of the new Peter Steigerwald title called ‘The Zoohunters” and although it looked nice, a review is not possible at this point.

Have fun with FCBD, everyone!