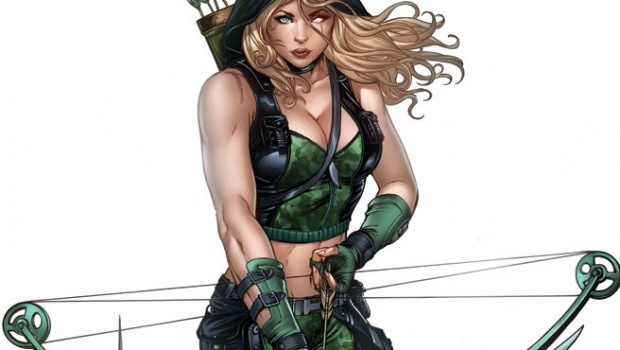 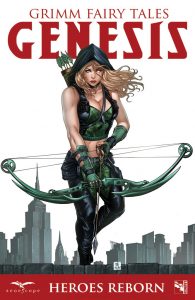 So when Zenescope announced the ending of their long lasting series, series that made their mark in the industry with titles like Grimm Fairy Tales and Wonderland, it was with a sense of doubt. Then I thought ‘why not’? Since really, the old GFT-series has evolved into much more then it ever was. As has the Grimm Universe. Zenescope just might decide to go out of the box totally and focus on the titles and characters they get the best feedback from and are indeed the best selling titles even.

So Van Helsing is still here, Sela Mathers had a daughter (Skylar) who is taking over, Robyn Hood seems here to stay and so are a few other titles. And lo and behold, a new December-launch starts a complete new Grimm Fairy Tales ongoing!

And how better to start it off with this Heroes Reborn issue to read up on… establishing the character traits of each character due to a little introductory tale, so it seems.

So we have some nice stories, both in art as in writing, establishing just that. We have Van Helsing battling evil, so I think we can settle the premise there. We have Robyn Hood running around New York like a vigilante, making sure the world is a better place. We have Skylar Mathers battling evil spirits, following in her mother’s footsteps: got that one down as well. Wonderland is back to getting the capital C in Crazy. And Death Force is all about muscled-up testosterone action and showcasing his soul-feeding superpower so we got that one covered as well.

All in all: I like where this is going! A lot! The writing ánd the art has been upgraded since Zenescope started out way back and reaches levels we can actually enjoy, beyond the T&A-approach. To be frank, the T&A-approach is still on the covers, but mostly it is just that… the cover!